Coro Strandberg
Published 4 years ago. About a 5 minute read.

Grim climate change reality: The seas are rising. Terrifying hurricanes regularly raze vast, inhabited areas. And wildfires are flaring up more frequently and causing massive damage: The US government has spent nearly $3 billion on fire-fighting this year (estimated prior to this month’s ongoing Thomas fire in Southern California, now the fourth-largest in the state’s history), while in Canada, the devastating 2016 wildfires in Fort McMurray will cost a projected $10 billion once all the bills are paid. Putting a human face on it, 100 million more people may be in poverty due to the impacts of climate change by 2030.

These doom-and-gloom scenarios have prompted many in government and business to invest in ways to adapt to prepare for the worst. While these efforts to climate-proof operations and supply chains are necessary, they are not nearly enough. No business wants to shift its priorities to a reactive firefight on rising temperatures.

So, the question is — how can companies thrive when they are literally and figuratively putting out fires?

Businesses should be proactive and put in place mitigating strategies to reduce their operational greenhouse gas emissions (GHGs) and build more climate-resilient infrastructure. Only through concerted actions such as these can society move ahead on a sustainable path. The transition to a low-carbon economy represents $20 trillion in new opportunities in emerging markets alone between now and 2030. Businesses are well-positioned to seize the opportunities clean growth presents such as new jobs, new technologies and less pollution.

Sadly, these efforts alone are inadequate — and certainly not fast enough — to avert the dire effects of climate change. UN projections show that if action to combat climate change is limited to current country pledges, the Earth will warm at least another three degrees by 2100, considerably off the below 2 degrees Celsius mark set by the Paris Agreement.

It will take more than adapting and mitigating

Accelerating and pursuing climate change solutions to hasten the essential transition to a low-carbon economy requires companies throughout the world to go beyond “climate change as usual” schemes. As identified in the new Climate Change Guide for Business by Canadian Business for Social Responsibility (CBSR), companies should adopt the Qualities of a Transformational Company — a nineteen-point action plan developed by CBSR for its members seeking to create more social change through their core business, while enhancing shareholder value. Recently, CBSR tailored its original nineteen qualities to create a roadmap for Transformational Corporate Climate Leadership.

These climate leadership qualities compel companies to go well beyond incremental, adaptive and mitigating measures within their fence line — to transform their business model and broaden their operating context beyond the company fence line. Corporate climate leaders pivot their business model, value propositions and customer relations to create on-ramps to future success for society, their customers and their shareholders. For example, Interface transformed its business model from a carpet manufacturer to an innovative, modular flooring firm dedicated to zero waste and restorative product design.

Corporate climate leaders invest in solutions that convert carbon into durable products, such as Ford’s use of CO2 as a feedstock for foams and plastics used in its auto parts; and Lafarge’s partnership with Solidia Technologies to commercialize a technology that hardens cement by injecting it with CO2 from industrial sources. Transformational companies also offer customers products that help them be carbon-positive and engage customers, business partners and suppliers on measures to reduce their emissions. The leadership of these visionary companies visibly champion the low-carbon transition to the public, industry and government, while the firm transparently reports on its climate risks, opportunities and business strategies.

Further, these transformational companies adopt bold, long-term goals to be “carbon-free” and champion low-carbon standards to their industry peers. Such companies actively engage their shareholders and bankers on the imperative of a low-carbon business model and supply chain, while advocating the need for proactive carbon policy to governments at all levels. A leading Canadian insurance company, The Co-operators, has goals to advocate for government leadership on climate adaptation and mitigation, joining a number of advocacy coalitions calling upon governments to adopt carbon pricing and enable the transition to a low-carbon economy.

Expect more to flourish in future

For Canada’s part, CBSR is appealing to the public to expect more from the business sector. It is calling for the adoption of a set of Canadian Business Values that include being purpose-driven and environmentally conscious.

Should companies around the world demonstrate their values by adapting, mitigating or transforming? It’s a resounding “yes!” – to all three. If companies only act within their fence line and fail to adopt low-carbon business models, it puts their business and society at risk.

The Transformational Corporate Climate Leadership roadmap shows the third way to a flourishing future. There is much we can do. 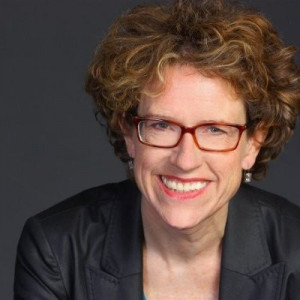