Marketing and Comms
Will Carbon-Labeled Products Sell More? Here’s What We Know

Even with an uptick in consumer knowledge of climate issues and food brands sharing carbon-footprint data for their products, the CPG world is still wondering if carbon-labeling is worth the effort and investment. Here are 5 key takeaways from recent peer-reviewed literature and industry papers.

In June of 2020, Unilever announced its ambition to communicate the carbon footprint of all of its products. Around the same time, Quorn also unveiled its on-pack carbon footprints.

While many see Unilever and Quorn as the first to market with such lofty initiatives, the reality is that a handful of food companies have attempted this before.

Back in 2007, PepsiCo made the first-mover decision to publish carbon footprints on pack for its Walkers and Quaker Oats brands. At retail, Tesco attempted to carbon label over 50,000 own-brand products — however, it reportedly gave up the project in 2012 after only being able to complete calculations for 500 products. Tesco claimed to have failed due to the lack of consumer knowledge, extensive time requirements and the failure of other retailers following suit.

What’s different about the present carbon label era compared to the last?

Technology that streamlines carbon footprint calculations has infiltrated the market. Software from HowGood, GaBi and SimaPro make it easier to calculate carbon footprints for food products. For example, sustainability professionals have stated that on average, it takes three manual hours to find emission factors for one raw material. With HowGood, farm-to-processing gate raw-material emission factors can be populated instantly.

Carbon labels and “climate-friendly” attributes are becoming more integrated into the consumer food experience compared to ten years ago. Whether it’s Oatly in their fridge or Quorn in their freezer, consumers are now more accustomed to seeing carbon labels.

Even with these advancements, any time or monetary investment begs the age-old question of, “What is my return going to look like?” In the CPG world, this translates to, “If I carbon label my products, are they going to sell more?”

Here’s what we know so far from peer-reviewed literature and industry papers that have been published since the last era of carbon labeling.

According to a comprehensive study on consumers from six EU countries, a carbon footprint label increases purchase probability amongst consumers. Carbon-labeled products are also more effective when combined with prices lower than (or at least equal to) conventional products.

To amplify effectiveness on winning consumer preference, brands and retailers must be convey the carbon footprint value in comparison with some sort of ranking or front-runner label — in, for example, a traffic light system (green for low emissions, yellow for less acceptable ones and red for those with higher environmental impact). Another technique is evaluating your products for HowGood’s “climate-friendly” attribute, which would serve as a front-runner indication.

In 2016, Thøgersen and Nielsen demonstrated that by re-designing the carbon footprint label and making it similar to the aforementioned traffic light system, Danish consumers purchased more foods with relatively lower carbon footprints.

This was also demonstrated amongst Australian consumers. 37 grocery products were carbon-labeled on pack using the following color system: green (below average), yellow (near average), and black (above average) carbon footprints. Sales were recorded over a three-month period. The study found that over the three-month period, sales for black-labeled products decreased by 6 percent after labeling; while sales for green-labeled products increased by 4 percent throughout the same period.

Key takeaway #4: Carbon-labeled products experience their highest sales velocity when they are also the cheapest.

In the aforementioned Australian study, when green-labeled products were also the cheapest, the shift was rather substantial. Results demonstrated a 20 percent switch from black- to green-label sales when this was the case. These findings illustrate the potential for labeling to stimulate reductions in carbon emissions.

In a US study on tomatoes and apples, it was found that a significant proportion of consumers were willing to pay a premium for reducing their carbon footprint via choice or requested a discounted price for products with a higher carbon footprint.

Additional survey evidence suggests that most consumers are willing to pay more for food products that exhibit a lower carbon footprint. Because of this, retailers should be more inclined to allocate shelf space for carbon-labeled products — doing so could result in greater margins.

While adding carbon footprints to the consumer experience may require an investment in time and resources, the data demonstrates that when designed effectively, it can certainly have the potential to increase sales velocity for brands and margins for retailers.

Because consumers will greet the carbon-labeled products at the retail stage, should the consumer preparation and end-of-life stage be included in the calculated carbon footprint? We know that recycling rates, incineration rates and landfill rates vary by state and even country; so, if our goal as an industry is to guarantee an even, comparable playing field — is it fair to the consumer to include it? Share your thoughts on this in the comments below. 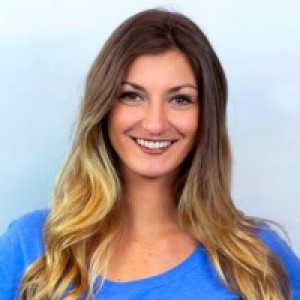 Director of Growth and Innovation
HowGood