The GOAL platform aims to standardize sustainability reporting and processes across some of the US’s largest public gathering spaces — and entice the rest to come aboard.

When the average person is heading to a concert, sporting event or convention, they’re probably not thinking about the broader environmental impact of bringing together a big assembly of people in one place — but to be fair, that’s not their job.

That onus really falls on the venue operators and managers, who to this point, have been largely left on their own to figure out how to reduce various footprints while still providing a reliable – and profitable – guest experience.

“It’s challenging because each venue is somewhere different along the (sustainability) journey,” Kristen Fulmer, director of sustainability at Oak View Group (OVG) — a consultancy aiming to drive sustainability in the sports, live entertainment, and hospitality industries —told Sustainable Brands&reg;.

Working under OVG’s corporate structure as a venue manager and operator, she’s leading the launch and initial facilitation of Green Operations & Advanced Leadership (GOAL) — a predominantly online platform where venue managers and operators can track various footprints, sustainability progress and other metrics. The platform — launched as a partnership between OVG; Fenway Sports Group; the Atlanta Hawks and their home court, State Farm Arena — is a first-of-its-kind pathway to creating a semblance of uniformity in sustainability reporting across some of the US’s largest public gathering spaces.

Collecting as much data as possible

Fulmer explains that the initial launch of GOAL will serve to collect as much data as possible from participating venues (of which there are at least 20 across the US, scattered across various leagues and operators). This data will help illuminate each venue’s own carbon emissions, as well as provide all of the inputs for measuring scope 1, 2 and 3 emissions.

“The first consideration is that it’s meant to be easy to use and as prescriptive as possible,” Fulmer says.

She adds that there really isn’t a sustainability baseline for venues to consider basic measurements such as electricity usage, so the hope is that amassing data from all of these venues can help operators figure out how and where to reduce resources and increase conservation efforts.

The data will also be tied on the back end to service a range of third-party reporting standards along with other general ESG reporting needs. There will also be future opportunities for venue managers and operators to collaborate on best practices both through the platform and physically through site tours and meetings.

Chris Granger, CEO of OVG’s OVG360 division, would like GOAL to provide operators with a roadmap and help them understand how they can make a difference within their individual operations.

“The hope of what we’re trying to do is meet venues where they are,” he says, to help operators become more efficient in areas such as the management of refrigerants, energy, food waste and single-use plastic elimination.

There’s also an early recognition of the differences that come with managing a venue in Seattle, for example (where OVG manages Climate Pledge Arena), versus a different locale where sustainability isn’t as ingrained in the operating model.

“One of the things we recognize is that different things matter to different communities,” he says. “For example, issues of air quality might be important in one place and issues of water management in another. It’s how you can create a program that’s meaningful to the community with the flexibility of the platform.”

Grainger points to not only the cost savings for venues through more efficient operation, but increasing sustainability standards for venues — more and more sponsors want to attach themselves to sustainable operations and a growing number of artists will only play in responsibly-run venues — points to a longer-term incentive for facilities to come on board.

“There are multiple entry points into this, (and plenty of opportunities) to create value through organizations,” he adds.

Architect and Living Building Challenge creator Jason F. McLennan, who is also a partner in GOAL’s launch, sees ample opportunity to challenge venues to be better.

“How one manages and operates a venue is a much bigger deal than the design itself,” says McLennan, who also led sustainability strategy for Climate Pledge Arena.

He adds that measuring the data and creating some sort of industry-accepted standard is the first big step in getting the average guest to really start thinking about how large venues can be a contributor, rather than just huge consumers of resources and energy.

“We’re not only looking for how venues engage fans,” he says. “Because these buildings touch the lives of so many, how does this language become commonplace with the common sports fan?” 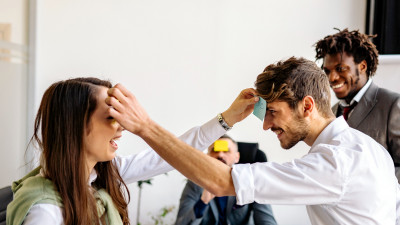