On Wednesday, day three of SB’19 Detroit, the focus was on collective brand efforts to create the significant shifts in consumer behavior necessary for The Good Life to become a reality. 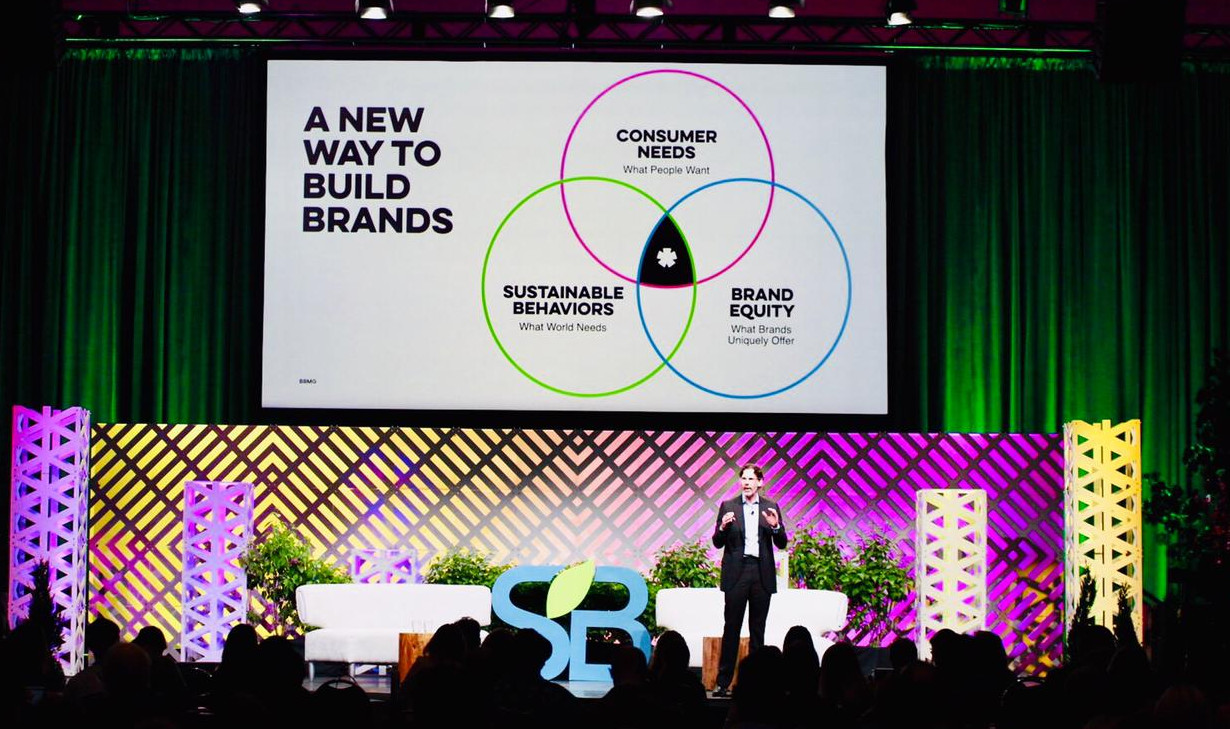 While consumers are holding brands more accountable to standards of sustainability and purpose, research reveals that they’re not making their own shift toward more sustainable consumer habits and lifestyles. For the past two years, Sustainable Brands® (SB) has been working with several of its members to close that gap by gaining insight into what messages, products and services would create that important “pull factor” toward more conscious consumer habits and purchasing behaviors. This group became SB’s Brands for Good collaboratory — officially launched in a press conference earlier that morning — and its first phase, The Pull Factor Project.

Following on his Monday afternoon workshop on the subject, Raphael Bemporad, co-founder and Principal at BBMG, described The Pull Factor Project to SB’19 attendees: “Brands are the vehicle for transformation, so we need to ask how we can shift the conversation to create a new story,” he said. The story starts with understanding what people desire.

2017 research by SB and Harris Poll revealed that today’s adults have a very different definition of “The Good Life” than that of previous generations. A large majority of US consumers now define a Good Life as centered more on passion and purpose, rather than on wealth and consumption.

Using this framework, brand and marketing professionals can uncover the concepts, messages and systems that can help brands be and do better, while helping their consumers achieve their own vision of The Good Life. This framework will be open sourced so that, as Bemporad stated, we can have “a new era for brands to co-create the world we need.”

When purpose-driven engagement goes viral: Behind the success of #Strawless

Later that morning, Lonely Whale Executive Director Dune Ives shared that the ocean-conservation nonprofit was founded to focus on the threat that affects us every single day: Plastic waste! We produce 300 million metric tons of plastic and less than 10 percent is recycled. 80 percent of marine litter is plastic and most of it is packaging. The prognosis is bleak — by 2050 we will see more plastic in the ocean than fish; and 500 million plastic straws, used per day in the US alone, are a major culprit.

As Ives pointed out, “We see the problem, we see the solution — we just need to get engaged.”

So, Lonely Whale launched its viral #StrawlessOcean campaign with catchy mottos such as “Cease and desip” and “The Future Doesn’t Suck,” and even “sucker punch”-ed a bunch of celebrities drinking out of plastic straws.

That afternoon, Ives dug deeper into the success of #Strawless during a panel discussion featuring representatives from four early brand adopters and strategic partners of Lonely Whale. The NGO looked to corporate brands to help engage new audiences, and these brands saw an opportunity to create fun, engaging and branded campaigns to build awareness. All made bold moves to take away what the consumer may think they want — straws and water bottles — in order to be first movers making a difference in consumer behavior. But as Jane Prior, EVP of Global Brand Strategy and Development at Vita Coco — whose beverages don’t include straws — warned: “There is not one silver bullet solution.”

Bacardi recognized that as a spirits company, many of its customers are engaging with its products through a straw. So, in 2018, the company launched its The Future Doesn’t Suck campaign with Lonely Whale, to remove a billion straws by 2020.

Alaska Airlines serves 46 million travelers per year and is the most efficient airline in North America, with 13 percent more efficiencies than the average — and it may have the best in-flight recycling rates of any airline in the country.

As Director of Sustainability Kirk Myers explained, flight attendants and employees are driving the initiatives around reducing waste.

"The most important thing is to leverage employee passion that is aligned with the brand values, to continue to push as a leader.” — Kirk Myers

The airline recently launched its most popular media campaign of the year, “Strawless Skies”; to date, they have eliminated 22 million straws and plastic toothpicks from flights.

Meanwhile, Kelsey Issel, Artistic Director at The Midway — an art complex and event space in San Francisco — said they realised that they would be able to save 25,000 water bottles on New Year’s Eve alone and 1 million a year. Issel said that educating the public was an important part of this. She said other local venues have made similar commitments in the past few months; in the same period, there’s been increased supply of aluminum bottles. Water bottles were the most-sold item sold at Midway events, so the switch did decrease profits, but Issel insisted being a first-mover paid off in reputation value:

“There is value in being the first, even if it’s not monetary.” — Kelsey Issel

Vita Coco changed a year ago from its 15-year strategy of being only a coconut water company to being a “better-for-you beverage portfolio company.” But it wanted a new kind of NGO partner to help it focus on sustainability. With Lonely Whale, they did a lot of research around packaging and realised how incredibly sustainable aluminum is, especially around recycling. The goal was to give consumers an alternative.

This week, the company launched a new water product, Ever&Ever, in aluminum bottles — driven by statistics that 75 percent of all aluminum ever made since 1886 is still in use today, vs the fact that 91 percent of plastic has never been recycled.

What these companies have learned from their engagement with #Strawless is to make sure there is a supplier in the marketplace that can scale at the right cost. Aluminum is a great alternative, but the infrastructure to produce bottles from recycled aluminum is not scalable enough to replace plastics, so for now, it is only a partial solution.

Ives tied it up nicely, saying that B2C companies “need to focus on consumption within the need of convenience.” 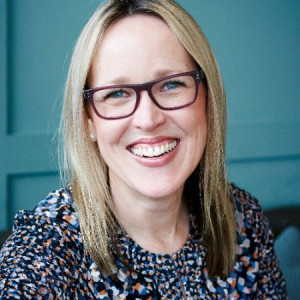 Shannon Houde, MBA, ACC, is a certified Leadership Coach, Management Consultant and Talent Strategist with 20 years serving as a trusted advisor to evolving change leaders from Managers to CEOs. 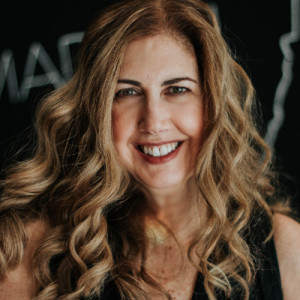