If Oatly had taken Blackstone’s money, put it on a billboard, and made it known to all of its customers that its next mission was to change the world of ‘big bad investment’ from the inside out, it would’ve remained true to its brand story.

In the last week, we’ve seen all sorts of views on the controversy over Swedish oat milk giant Oatly’s newest investor — The Blackstone Group.

Consumers have flooded Twitter, ‘cancelling’ Oatly. Brand commentators said it'll all blow over, because let’s face it — Facebook and Amazon have been cancelled ten times over and are still in business.

And then Oatly responded, to explain that the decision was taken in pursuit of showing that private equity can make profitable returns by investing in a sustainable brand like Oatly — in other words, they wanted a hand in shaping the economic system for the better.

Sure. Sustainability-minded brands such as Oatly — whose popularity has helped drive a shift in consumer demand for more plant-based diets — should be commended for doing everything they can to steer the $4 trillion of assets managed by private equity to more ethical investments. But for the brand that has been so open from the start in what it believes, and its vision for the future — why did the company wait until Twitter threatened to cancel Oatly to explain its intentions?

As a brand that involves its creative team in pretty much everything, they forgot to include them in something pretty big: the biggest financial decision in its history.

Since Oatly’s Chief Creative Officer, John Schoolcraft, was given the reins of Oatly’s marketing, Oatly spoke to customers in a way that no brand had before. The creative team sat in meetings across the whole business (bar finance). They knew the business inside out, they showed us how Oatly operated and what Oatly believed in. Oatly understood what customers truly cared about, and told them like it was. They weren't afraid to call out things that were wrong. They weren’t afraid to say they needed to be better. They took on the Swedish milk lobby with full-page ads telling the Swedish public that the ‘milk lobby mafia’ was a big bully. Then they took one of their core beliefs — "It’s like milk, but made for humans” — and turned it into their main marketing campaign. In essence, they lived and breathed their brand purpose in everything they did (except finance).

But, importantly — this approach won the brand the hearts and minds of consumers, who would listen to Oatly, and trust that what it said wasn’t just marketing speak.

A couple of weeks ago, we shared what’s said to be Oatly’s only strategic document on LinkedIn. You could argue that the decision to take investment from Blackstone shows that Oatly is staying true to its “F***ing Fearless” mentality by not caring about what people think. But we can’t help but wonder where the company could go next if it had taken Blackstone’s money, put it on a billboard, and made it known to all of its customers that its next mission was to change the world of ‘big bad investment’ from the inside out.

Well, it could have gone even further. It could have told us what’s wrong with the economic system, educated us about why private equity is bad, and then showed us what’s different about Oatly going into business with Blackstone — giving us reasons to believe and trust both Oatly and Blackstone. And if Blackstone didn’t want to make such a stand — Oatly could have found other investors that did.

Maybe Oatly doesn’t deserve to be cancelled for going into business with Blackstone. Let’s face it — if we still trust Oatly, we know it is trying to make a change from the inside out. And that’s more than we can say for a lot of brands.

Some commentators have suggested that this brand is now a juggernaut that no longer relies on a committed group of followers or fans. However, what’s less certain is whether it has lost the trust of its biggest advocates — the sustainability-savvy customers — for straying away from the values seen as central to the brand. Oatly may now have consumers, not fans; but integrity matters. Trust matters. This is as much about maintaining a strong brand positioning as living a powerful purpose.

Oatly, next time you want to change the economic system from the inside out, remember that you made a promise to customers to be a good company. And it’s your customers that will decide if you are a good company, no matter your intentions. 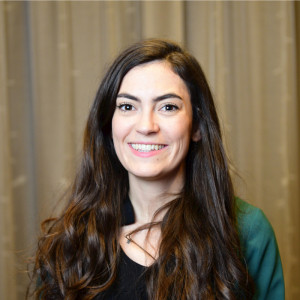