The two companies are putting their money where their mouths are when it comes to increasing inclusion, both in their messaging and in the media at large. 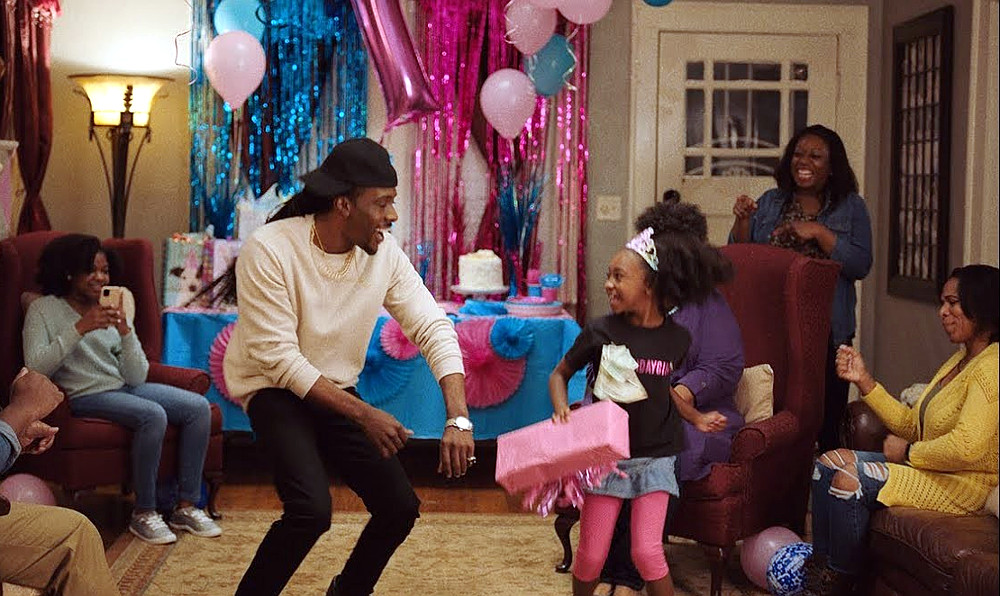 Procter & Gamble has launched “Widen the Screen” — a content creation, talent development and partnership platform that enables and advocates for increased inclusion of Black creators across advertising, film and TV. It will include new films and initiatives that feature more diverse storytellers, combat bias against all people fueled by misrepresentation, increase investment in Black-owned and -operated media, and employ more diverse creators in a way that improves their trajectory for long-term success.

The eponymous anthem film, “Widen the Screen,” premiered during the 2021 NAACP Image Awards on March 27 with a call to action to portray a more holistic view of Black life — one that is layered, beautiful and dynamic, not one that simply reinforces commonly told stereotypes.

The film was created and produced by a team of largely Black creators in collaboration with Grey, and narrated by Oscar winner Mahershala Ali. It ends with the line, “Let’s widen the screen to widen our view” and challenges the expectations viewers may have about the characters and stories often played by Black actors — fueled by a limited view of Black Life on screen.

The film and additional content at www.pg.com/widenthescreen aim to help people learn about how disparities in representation behind the camera lead to misrepresentation of people and communities that fuel bias in real life.

“While we’ve made equality a top priority within P&G and worked with other companies to do the same, we recognize that is just not enough. We have to address the systemic inequalities that exist in our industry; and that’s why ‘Widen the Screen’ is a critically important initiative — not just for P&G, but for the industry,” said Marc Pritchard, Chief Brand Officer at P&G. “In stepping up and leveling the playing field for Black creators, we will enable change that will benefit all under-represented groups and result in higher quality, more relevant film, television and advertising content that deepens our appreciation of the richness of our society.”

The Widen the Screen platform expands on previous P&G efforts aimed at increasing inclusion and representation of people of color in the advertising industry. Queen Collective — P&G’s signature multicultural talent-development initiative in partnership with Queen Latifah, Flavor Unit Entertainment and Tribeca Studios — returns for its third year in 2021. The effort accelerates gender and racial equality behind the camera by opening doors to the next generation of up-and-coming Black women directors through mentorship, production support and distribution opportunities. Two films were produced in both 2019 and 2020; and P&G has greenlighted four documentary-style productions for female filmmakers in 2021.

This summer, P&G is increasing creative output for Black creatives and filmmakers in partnership with Black-owned creative and production partners to help share their passion, potential and power and stories with the world. P&G and Uninterrupted — a brand within LeBron James’ and Maverick Carter’s SpringHill Company focused on empowering greatness in every individual — are collaborating on a film and associated community programs aimed at showing young Black men that they can follow and achieve their dreams outside of sports, which aligns with Uninterrupted’s “More Than an Athlete” mantra. And with the help of Saturday Morning — an agency co-founded by creative wunderkind Keith Cartwright and P&G’s creative partner for “The Look” —Tribeca and dozens of black creatives, P&G is creating a series of scripted, stories told in 8 minutes and 46 seconds to tell life-affirming stories of joy, love and resilience.

The Widen the Screen initiative was launched the same week that roughly 140 documentary filmmakers — known collectively as Beyond Inclusion — signed a letter criticizing PBS for a lack of diversity and an unfair level of support for white creators, exemplified by its “overreliance” on documentarian Ken Burns; Burns responded in support of the letter, saying PBS can “do better” on inclusion and diversity.

“True inclusion leads to greater creativity and innovation, provides access to opportunity, and leads to equity in income and wealth creation. Our hope is that we will create a ripple effect and the rest of the industry will follow suit,” Pritchard added.

Widen the Screen also includes important collaborations with a variety of majority-owned advertising agencies and partners, as they too strengthen their efforts to ensure increased representation and inclusion.

"It is my hope, through this campaign, to encourage image makers to reveal the fullness of who we are as Black people. We don't have to be ‘exceptional’ to be respected and valued. Our humanity isn't dependent upon us being doctors, lawyers, engineers or famous,” said Kevin Wilson, Jr., Director of “Widen the Screen.” “Yes, we are those things; but we also take up many spaces in this world and the love we share should be depicted, as well. We are more than the brutality we often see in our depictions in television and film. We are the joy we experience with loved ones and the passion we have for one another."

Read more about Widen the Screen and P&G’s other efforts to foster equal representation in media here.

Meanwhile, Dove South Africa has challenged other brands to expand their ideas of beauty — on its own dime. The personal care giant is working to promote more inclusivity in global advertising by subsidizing the costs of more diverse talent — if other brands can rethink their ideas of what “beauty” should look like by including models with a broader range of skin tones and perhaps less “conventional” types of beauty in their campaigns, Dove has offered to pay the models’ booking fees.

The “Show Us. It’s on Us.” initiative builds on Dove’s years-long embracing and promotion of a broad spectrum of representations of beauty; and parent company Unilever’s recent “Positive Beauty” commitment that sees the company removing the word “normal” from all of its beauty brands’ packaging and advertising, and aims to cultivate a new era of beauty representation that is equitable and inclusive.

“For over 60 years, Dove has been taking action to represent real beauty — working to shatter stereotypes,” said Sophie van Ettinger, Global VP at Dove. “We know from research that if women don’t feel represented, it can hold them back from reaching their full potential.

“The effects are vast — negatively impacting health, career and relationships. As an actionist brand that continuously challenges narrow beauty ideals, it is our duty to help others to represent all beauty in their advertising.”

In 2019, Dove South Africa partnered with Getty Images, Girlgaze, women and non-binary individuals everywhere to change the perception of beauty around the world. The result was Project #ShowUs — a collection of 10,000+ images for all media and advertisers to use that offer a more inclusive vision of beauty and femininity.

Now, the brand has gone a massive step further by offering to cover the cost of booking more diverse models.

“By giving brands and companies the tools to show a more diverse representation of beauty, we are helping to change the way women are represented — which is proven to have a positive impact on how confident women feel in their appearance,” van Ettinger added.

So far, Magnum, Cif (both Unilever brands, but still), Krispy Kreme and Nedbank have taken Dove up on its offer to embrace a more inclusive and diverse vision of beauty in their campaigns. Which brands will be next?