Marketing and Comms
Cartwright to Brands:
Look Inward Before Responding to Social Issues

Jennifer Elks and Etienne White
Published 8 months ago. About a 5 minute read.
Image: P&G's "The Look" ad highlighted the microaggressions a Black man experiences in a typical day. | Procter & Gamble/YouTube

Keith Cartwright, the creative force behind such powerful statement ads as P&G’s “The Look” and “The Choice,” shares his insights and advice to brands and agencies on how to most authentically respond in times of crisis.

Last month, in the wake of the police killing of George Floyd in Minneapolis, Procter & Gamble released “The Choice” — a powerful ad that calls for white Americans to not only be aware of systemic racism, but to rise up and act to dismantle it.

“The Choice” — a collaboration between the agencies Grey and Cartwright — is a clear standout in a sea of brand responses to Floyd’s killing and in support of the Black Lives Matter movement, and the latest in a string of thought-provoking P&G ads aimed at drawing attention to pertinent social issues.

When we asked Damon Jones, P&G’s Chief Communications Officer, why the company felt compelled to speak out on these issues, he said: “As the world’s leading advertiser, we know that our voice matters; so, we’re using it to move the masses — from passive observers to advocates and activists for change. … These videos raising awareness of the impact of racial bias is simply one step on this journey; and one way in which we are acting to help build stronger, more inclusive communities.”

The role of business in the racial justice and equity movement

Hear more from some of the organizations, large and small, that are taking authentic action and making long-term, systemic commitments to creating diverse, equitable workforces at Just Brands '21 — May 11-12.

For many in the sustainability space, the focus of the work has mostly been on the environmental side of the equation. But the climate crisis, the COVID crisis and the Black Lives Matter movement have all helped to illuminate the importance of the social side of sustainability; and the need to create a resilient and inclusive society, with racial and social equity, to ensure a  safe, healthy, flourishing future for all. And as we at Sustainable Brands have long asserted, brands have a direct line to consumers — and with that comes both the ability and the responsibility to use their influence and reach to help shape that future.

We recently spoke with Cartwright founder and creative wunderkind Keith Cartwright — who is also a co-founder of Saturday Morning, an agency focused on social change; which also created P&G’s 2019 "The Look" ad — to hear his insights on how to (and how not to) produce truly impactful, change-making creative.

Cartwright says more clients are recognizing the need to speak out and act on social issues. His advice to brands and agencies on how best to respond in times of crisis?

Cartwright noted that the correlation between sustainability and inequality starts at the community and neighborhood level. In poor neighborhoods where systemic racism thrives, people of color face health issues from being near highways, educational inequality and lack of access to healthy foods because their neighborhoods are food deserts.

He suggested that when looking internally, companies should be asking how they can be part of a larger solution that might include opening stores in food deserts — which then creates job opportunities, provides access to better nutrition and can drive other systemic improvements.

“A lot of businesses don’t know how to speak in these moments, because they’ve never really thought about it. So, the first question that we ask is, what have you done in this space? How do you want to show up, and why do you feel you have relevance in this space? And then we start to dig in and either develop or amplify that voice, so that when they do make a statement, it feels legitimate.”

In P&G’s case — not only have the company and its brands been speaking out on social issues such as racism, gender bias and toxic masculinity for years, it has backed it up with a number of initiatives aimed at advancing equality, and shifting a range of other harmful paradigms, as well.

Cartwright also stressed the importance of showing audiences something new. Of particular pertinence to the environmental and social impact space, so much emphasis is placed on the problems we face that there’s fatigue around images of plastic-choked beaches and wildlife, polluted skies and decimated forests. To produce truly impactful messaging, creative teams need to stop regurgitating doomsday images and messages, and find new stories and perspectives that need to be told — think Starbucks’ 2019 ad featuring a transgender teen; Microsoft’s “Changing the Game” campaign; or the campaign around India’s Open Door Project. Otherwise, Cartwright says, the messages will likely no longer resonate.

“Beyond what’s going on right now; in general, with any messages that you try to put out in the world — we’re not going to do any service to our clients by putting something out that feels safe that has already been said over and over again.”

Since the social and environmental turmoil in the world will only persist, it’s imperative for brands to find an authentic voice with which to represent themselves and to drive actions that align with their values. So, despite the turmoil, Cartwright says he’s been energized by this latest paradigm shift and the work that it’s inspiring.

“This moment is actually really exciting for people I’m working with, because we’re proud of the work,” Cartwright says. “So, that gives us inspiration to get up and go to work every day.” 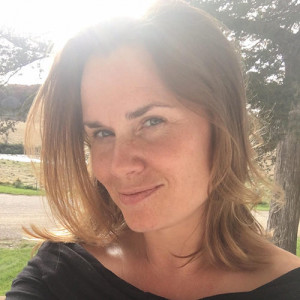 Etienne is a marketing and sustainability strategist, writer and speaker. She currently leads Sustainable Brands' Brands for Good — a collaboration of leading brands committed to unleashing the power of their collective brand influence to accelerate mainstream consumer behavior change at scale, and fuel the adoption of sustainable lifestyles.

THE NEXT ECONOMY
Businesses Must Understand the Intersections of Mental Health, Sustainability

FROM PURPOSE TO ACTION: BUILDING A SUSTAINABLE FUTURE TOGETHER
Bridging the Missing Link in Purposeful Business: How Women Are Addressing Sustainability, Equality