Walking the Talk
The Sustainable Brands Network, Ukraine & the Power of Community

SB amplifies the actions of its global community and governments in support of Ukraine and reflects on the conflict’s potential impacts on long-term sustainability efforts.

Sustainable Brands™ stands for protecting our planet and people; and our global community is working to drive positive change together. As a community of change-makers with a global platform, SB recognizes the power we have to tell stories and nudge change; and in light of the recent brutal events unfolding in Ukraine, we want to amplify the actions that Members of the SB Network have taken in support of this humanitarian crisis, as well as provide a moment of reflection to analyze the current events through the lens of sustainability.

More than two million people have fled Ukraine (at the time of writing) and the number of displaced refugees is expected to increase. Hundreds of innocent civilians have already lost their lives due to the invasion of a free, sovereign country; and thousands of anti-war protesters are being silenced through mass arrests and severe sanctions in Russia.

Many SB Members have reacted to these events by terminating business relations in Russia, donating funds to non-profit aid organizations in support of the Ukrainian people, and by more directly supporting their own teams located on the ground in Ukraine or in the bordering countries. Click below to learn how each of them is working to drive positive impacts on the ground.

This war has also led to reflection on its global implications, in a world already shaken by two years of pandemic and more and more sensitized to social injustice. The United Nations has stated on multiple occasions that peace is a prerequisite to achieving all other Sustainable Development Goals. Without it, sustainable development is halted and the SDGs risk losing their progress. The current conflict has also re-prioritized the urgency of a particular case in the global countries' agenda. Their deep dependence on fossil fuels has become a political weapon since Russia represents one of the largest exporters and it finances its war plans through it.

President Biden's decision to ban imports of all Russian oil and gas was one of his latest strong efforts to pressure Russia to end the invasion of Ukraine. The US relies approximately 8 percent on Russian oil and refined products, whilst the European Union imports 90 percent of its gas consumption and is about 40 percent reliant on Russia (Germany and Italy, in particular). This strong dependency has pushed the EU to lay out a plan to accelerate the transition away from Russia and has given them a stronger (yet tragic) reason to reduce fossil fuels overall.

REPowerEU is a joint action plan to make Europe independent from Russian fossil fuels by 2030, with an initial focus on gas. The short term will see an increase in diversified gas sources from the US, African countries and others. In addition, a few EU countries will reintroduce the use of coal plants. Some, including Germany, are expected to increase the imports of liquefied natural gas from non-Russian suppliers, which also requires new infrastructure.

These short-term measures are expected to provoke an increase of carbon emissions and will raise the question of whether Europe will become even more dependent on fossil fuels. However, the EU is also envisioning a high focus on renewables, biogas and hydrogen imports along with its planned reduction of fossil fuel usage — which will generate positive effects for the medium and long term. Some of the measures include accelerating renewable hydrogen and low-carbon manufacturing capabilities, facilitating timing for permits on renewables, doubling the production of biomethane by 2030, improving energy-efficiency in buildings, and diversifying gas and renewable hydrogen suppliers.

The united front adopted by companies and countries in response to this cruel war is showing us once again that it is the power of communities that makes a difference: through humanitarian aid, unified sanctions and common goals, governments, businesses and individuals are working together to shape the pathway towards a safer world, away from the destruction of societies and the environment.

We aim to feature even more SB community members' stories. If you are interested in sharing your efforts to support Ukraine, let us know here.

If you'd like to ask for guidance on how to best provide aid, how to internally challenge your organization to take a stand and drive transformation, or how to help as an individual, ask our Membership team and review the list of the nine sustainable behaviors compiled by SB Brands for Good. Showing up is one of the most powerful ways we can make an impact. 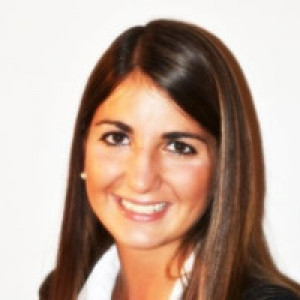