Diane MacEachern
Published 4 years ago. About a 6 minute read.

Is your grocery store’s meat aisle becoming obsolete? If it’s started carrying Beyond Burgers and sausages, it might be.

That’s not because meat as we know it — the kind made from animals — is disappearing (at least not yet). Rather, the credit (or blame) goes to entrepreneurs such as Beyond Meat’s Ethan Brown, who argues convincingly that “protein aisle” is not only the more accurate way to describe the offerings there, but also the best location for his own Beyond Burger, a “muscle” made from peas that is so succulent and juicy you’d swear it came from a cow.

Brown’s contention — that consumers want meat-like protein, not necessarily animal meat itself — sounds a lot like the one that car-sharing companies use to sell consumers on paying for transportation options rather than owning their own vehicles: It’s arriving at the destination that matters, not necessarily how you get there.

In the case of meat, Brown acknowledges that people relish the taste and texture of beef and chicken along with their nutritional components. But they may not like the way the animals are treated, or the fact that they generate so much methane, a powerful greenhouse gas. He decided to give people what they love — juicy, tasty, meat-like food — just not sourced from an animal.

How can your brand change consumer behavior at scale?

Unpack the latest consumer trends; understand strategies and tactics that drive behavior change; and learn how to craft more compelling communications from leading brand marketers and practitioners at SB’s Brand-Led Culture Change 2023 event — May 22-24 in Minneapolis.

“In the company, we don’t talk about people not eating meat,” Brown told NPR’s Guy Raz during a live taping of “How I Built This.” “I don’t think it’s a good idea to build a brand by telling people not to eat what they love.” Instead, the entrepreneur encourages people to eat more of their favorite food by making it healthier, more humane, and better for the environment.

Since livestock production generates 51 percent of the emissions responsible for climate change, why not gnaw away at that number directly by replacing cows and other meat-producing animals with a protein-generating crop with a much smaller carbon footprint: the powerhouse pea?

As he extended his equation, Brown liked what he saw. In addition to fueling climate change, meat consumption is one of the most significant causes of stroke and heart disease. Acknowledging that most farm animals are subjected to inhumane factory farm conditions sealed the deal. Burgers made from protein-rich peas — colored to look raw with beet juice and spruced up with potato starch and coconut oil — were born, giving Brown, now a vegan, the right to claim “no animals were harmed during this production.”

While still juggling his cleantech career, Brown began working with scientists at the University of Maryland to create a product that would eventually become a “burger with benefits,” one that contained none of the cholesterol or antibiotics common in conventionally grown meat, yet still satisfying for consumers’ hefty “meat tooth.” The more product development he did, the more convinced he became that you don’t need an animal to produce the building blocks of meat, such as amino acids, carbohydrates, trace minerals and water.

“Animals are bioreactors,” he says. They take plant matter, run it through a system, and create muscle. His only question: “Why can’t we do the same thing?”

He initially bootstrapped his operation, getting money from family and friends, even selling his house. As demand grew and businesses such as Whole Foods started stocking his product, storied Silicon Valley investors Kleiner Perkins got involved, inspiring more investors to follow suit. Beyond Meat has since made it to Fast Company’s List of “World’s 50 Most Innovative Companies 2017.” The Economist got into the act, too, fielding a “fast forward” food truck in both Washington, DC and New York City that challenged consumers to “get a taste of the future” by handing out samples of the Beyond burger.

While other companies have marketed meat-less this and chicken-less that, Brown’s Beyond Meat — alongside other companies successfully banking on "clean meat" around the world, such as Impossible Foods here in the US, Max Burgers in Europe and Right Treat in Asia — positioning seems to be a game-changer, giving his company a way to stand out to consumers who want meat’s delights but not its drawbacks. The idea is working with retailers, too, who might otherwise think they carry enough meatless options, ranging from Gardein’s “chick’n” and meatless meatballs, Tofurky’s deli meats, and Boca burgers. Over and over again, Brown emphasizes how meat-like his foods are. The company website drives home the point with this nutritional chart comparing the protein, fat and calorie count of an animal meat burger and the Beyond Burger. If you care about cholesterol, antibiotics, GMOs, soy or gluten in your food, the Beyond Burger wins, hands down.

In addition to attracting the likes of Bill Gates and Leonardo Di Caprio as investors, the product has gone mainstream and is now carried at more than 11,000 Safeway, Kroger, King Soopers and Fred Meyer locations, as well as TGI Fridays. The Humane Society of the United States is an investor, but so is mega conventional meat producer Tyson Foods, from whom Brown hopes to learn a thing or two.

“Meat is central to who we are as a species and as a culture, and so the notion that people are going to stop eating meat, I think, is a false one,” Brown told Fast Company. “But the idea that people will start eating plant-based meat is a very promising one.”

As the company says on its website, it’s “zero downside and all delicious upside.” And now, it’s in the meat, er, protein, aisle. 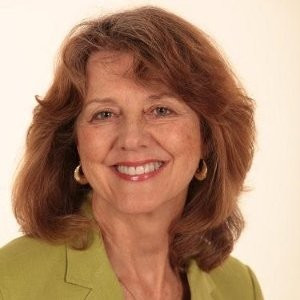