This is one of a series of posts filled with insights gained from dozens of industry leaders, practitioners and innovators on a variety of themes at SB’21 San Diego. Read more insights on supply chain optimization, brand storytelling, regenerative leadership, regeneration and social impact metrics and more …

On Tuesday morning, sustainability expert Andrew Winston challenged businesses to ask: “Is the world better off because your company is in it?” Winston and Paul Polman, co-authors of the just released book, Net Positive, argue that the role of business is to improve the wellbeing of people and planet. As emcee of the day’s plenary program, Winston introduced several examples of organizations innovating for regeneration, in an attempt to do just that. 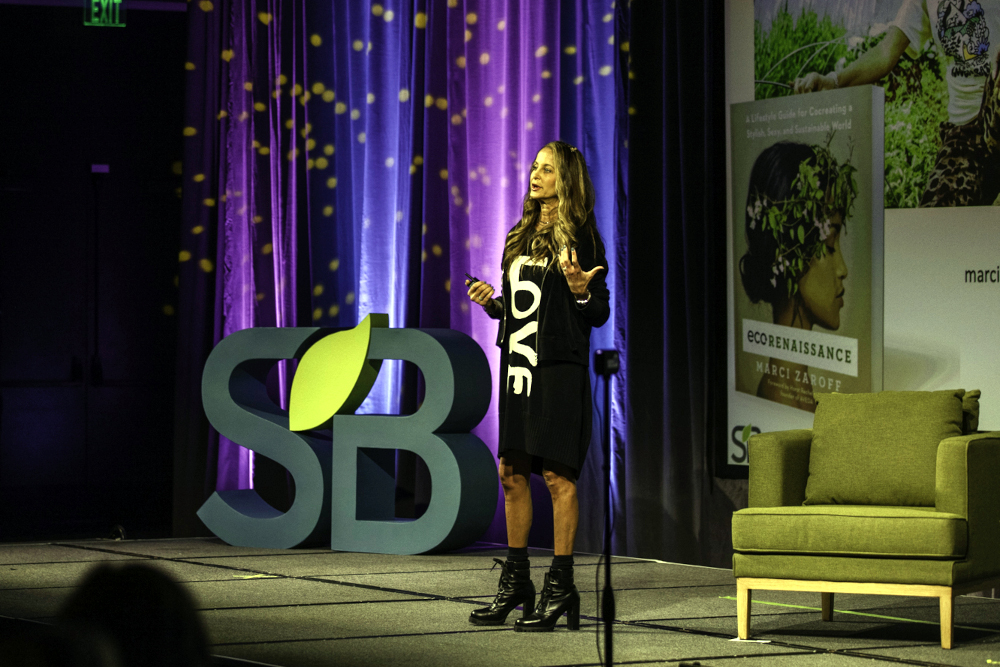 Marci Zaroff — author, entrepreneur and CEO of ecofashion Corp — believes the conscientious growing of ubiquitous textiles such as cotton could make fashion a powerful vehicle for averting catastrophic climate change. “Regenerative agriculture is about rebuilding soil health — the greatest solution to climate change mitigation because soil acts as a carbon sink,” she said.

Zaroff urged the audience: “Let’s set our own carbon-reduction goals, net-zero vision and empower those along the supply chains. Build tangible strategies with timelines and roadmaps. Don’t underestimate the power of textiles to meet your regeneration goals.”

Amanda Nusz, SVP of Corporate Responsibility and President of Target’s Target Foundation, explains how the retailer put goals around regeneration, equity and co-creation at the heart of its Target Forward strategy. “We co-create with our business, our community and our stakeholders; and the work will be better if we do it together.”

For its part on textiles, Nusz revealed Target is working on a circular solution for cycling end-of-life fabrics back into raw materials.

Speaking of circular solutions, production of Air Company’s carbon-negative Air Vodka removes rather than emits CO2. As co-founder and CEO Gregory Constantine explained, for every liter of Air Vodka produced, 1lb of CO2 is removed from the air (in contrast with conventional vodka production, which emits 15lb of CO2 per liter). 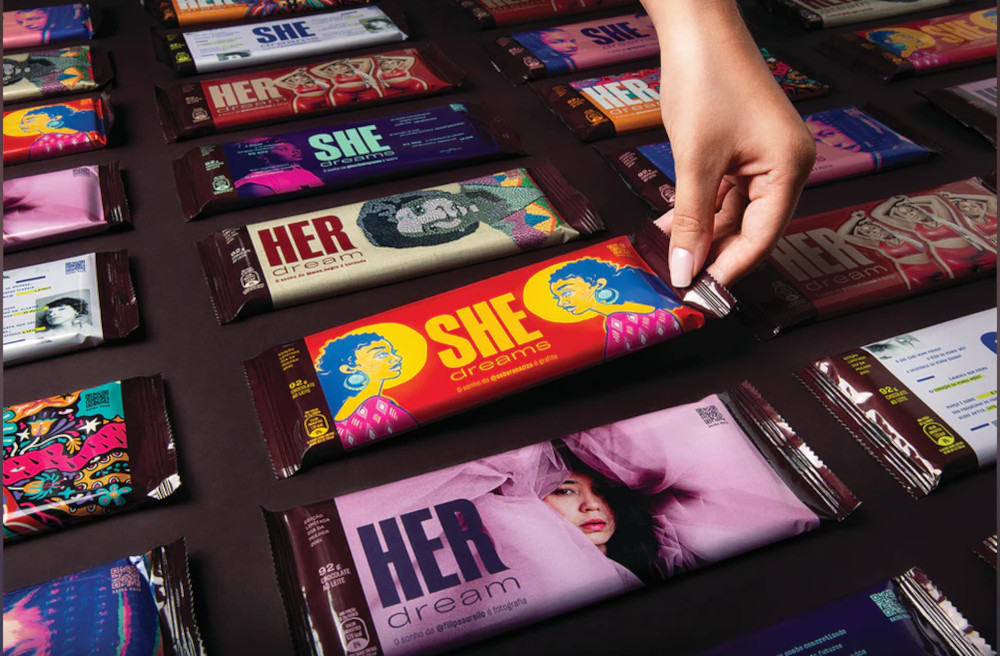 Hershey's 'Her She' campaign

After a break, Jose Gorbea — Global Head of Brands, Agencies and Sustainability Innovation at HP Graphic Arts — switched gears to explain on how the company is driving impacts through personalization of packaging. He cited a campaign with Kleenex that taught Korean grandmas to read and write and then publish their poems on Kleenex tissue boxes as a moving example of a co-created digital campaign.

Santhi Ramesh, CMO International at The Hershey Company, described a collaboration with HP Graphic Arts on a campaign in Brazil called “HER SHE,” which celebrated unsung women in society, co-created with women influencers to drive gender equity.

Daryl Fairweather, Chief Economist at Redfin, described how the real estate site has added climate-risk data for prospective home buyers to consider. “For any neighborhood where we operate, you can go on our website and see what the climate risks are,” she says, with the risks including flood, heat, drought and fire risks.

Cleaning up our messes

And Lonely Whale Executive Director Dune Ives brought the day’s keynotes to a close with insights from one of the nonprofit’s latest collaborations to help end marine plastic waste — this time with designer Tom Ford, who created the first luxury timepiece made from 100 percent ocean plastic. Together, they created the Tom Ford Plastic Innovation Prize to find a solution to the 180bn thin film polybags used in the fashion industry each year.

Engaging consumers as suppliers in a circular economy

An afternoon panel explored enlisting the help of consumers to enable a viable circular economy. APCO Impact Senior Director Jennifer Butte Dahl offered an eye-opening statistic through the context of her own child.

“My two-year-old is in Generation Alpha and that’s the (next) largest age cohort,” she said. “There will be two billion of them by 2025.”

While the number is staggering, what’s more is the potential and influence that the current and next generation will have in terms of buying power and what they want out of their brands. Chief among them? Business behaviors that equate to circularity.

“Unless your production is truly net-positive today, the most sustainable product your brand has is the one that’s already produced,” said Recurate co-founder and COO Wilson Griffin, whose platform helps apparel brands own the resale process. This more formal secondhand arm of the apparel industry is perhaps its fastest-growing sector.

Consumers young and mid-age expect brands to engage in these types of practices as a starting point and that demand is only growing.

BBMG founding partner Raphael Bemporad shared highlights of a survey, conducted in partnership with GlobeScan, revealing that among 30,000 people polled in 30 countries, 73 percent agreed that we need to consume less, those identifying as “Gen Z” feel largely guilty for their general consumption, and those under 30 want to change their habits “by a great deal.”

Delterra President & CEO Shannon Bouton brought in a global perspective through the work the nonprofit is doing as an independent spinoff of consulting giant McKinsey & Co. In countries such as Argentina and Indonesia, Delterra is giving citizens the tools to separate garbage into potential recyclable categories, empowering people on the ground to make planet-positive decisions. It draws similarities to the consumer mindset that prompted creation of The North Face’s Renewed refurbished apparel platform, which BBMG helped devise; and Recurate’s resale partnership with Kelly Slater’s apparel brand, Outerknown.

Each speaker brought not only their own perspective on circularity’s impact and potential, but how to engage consumers in a relevant way. With leaders in the room from various industries including apparel, credit cards and consumer packaged goods, the conversation seemed especially timely as brands examine how to balance the need to keep selling goods with the need to reduce their overall impact.

How Nestlé is pursuing ‘Good food, Good life’ through its brands 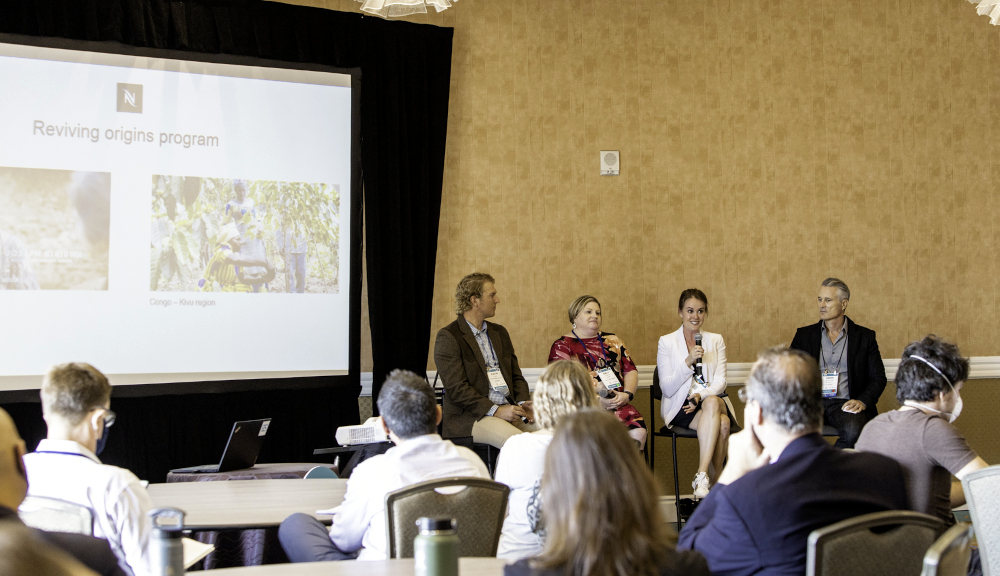 In this interactive session, Nestlé and some of its partners shared their approach to crafting brands for purpose and the opportunities for brands to be a force for regeneration.

Nestlé has committed to fostering regenerative food systems at scale. But there’s more work to be done.

“We want to communicate that we’re on a journey,” said Emma Cofer, head of Global Corporate Marketing Initiatives at Nestlé. “We’re not sitting on our laurels; we don’t want to say we have all the answers. We want to talk about the direction of travel.”

Nestlé endeavors to set a standard for the industry through meaningful leverage of the brands under its banner.

Nestlé doesn’t have a poster child brand that carries its ESG strategy: All brands are working towards achieving targets and moving forward, each owning its own unique sustainability strategy to achieve the corporate vision.

Cofer exhibited Nespresso as an example of how Nestlé brands push sustainability, from engaging farmers with education and fair wages to recycling initiatives for Nespresso pods. Nespresso’s efforts highlight the impacts possible when product quality and sustainability are intertwined into one cohesive whole.

“We see ourselves as a convener of partners and leaders, and we want to do so with humility and a desire to bring everybody to the table to find good solutions,” Cofer said.

Nestlé is the number one buyer of dairy in the world; dairy represents 16 percent of the company’s US carbon footprint. The Carnation brand worked with dairy alliances to drive sustainability on the ground, leading to a groundbreaking, carbon-neutral partnership with a California dairy supplying Carnation milk.

While this particular farm was a success, Nestlé recognizes each farm is different, requiring different solutions and metrics to measure success. Nestlé’s malleable approach to regeneration at scale empowered Royal Dairy to implement powerful regenerative solutions.

Royal Dairy has gone beyond carbon neutral: It’s drawing down carbon and storing it where it belongs: The soil. The cascading effects do more than paint a pretty picture in ESG reports, but seriously drive productivity on the farm.

Royal Dairy’s ingenious worm bed wastewater filter eliminates 40,000 tons of CO2e annually. Other regenerative practices including no till and methane reductions have further reduced emissions while boosting productivity. Thanks to partners such as Nestlé, Royal Dairy is converting waste into value-added resources that add revenue to its operation while creating regenerative food systems.

And Nestlé’s culture of cross-pollination ensures lessons learned at the lowest level aren’t lost to the whole.

“If one brand is doing something amazing there’s incredible cross pollination and sharing of practices,” Cofer said. “If one part of Nestlé figures something out, it scales really, really quickly.” 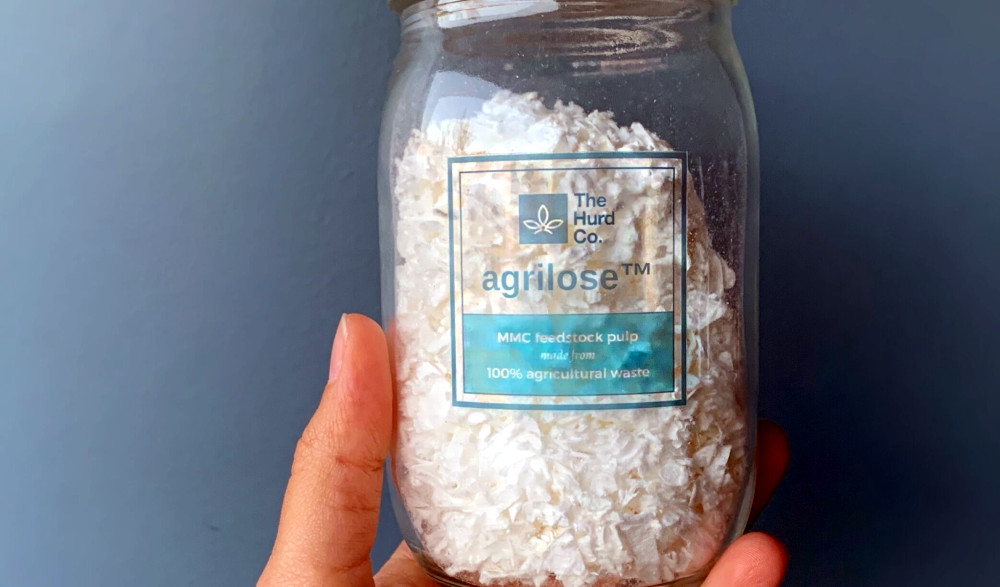 The material preservation and conversion conversation is typically largely limited to plastic and its related products — but what about other, more natural materials and those byproducts?

A Wednesday afternoon panel discussed that very issue at length, with four leaders changing the game in regenerative uses of natural waste. It was a largely forward-looking panel, but one that drew on past successes and challenges to illustrate future potential.

“Waste is only waste if we waste it,” said moderator Sam Ruben, Chief Sustainability Officer and co-founder of Mighty Buildings — which is pioneering low-carbon, 3D-printed, sustainable construction.

Beyond all of the stark climate and planet warnings heard throughout the conference, this particular panel offered a potentially rosier look at how byproducts of plants and more can lead to renewable sources of building, apparel and print materials.

One of the key themes was that mass-market opportunities to produce and distribute these renewable products have two-fold benefits: They save waste that may have entered a landfill or contributed to carbon buildup, and they keep new products from entering circulation.

“We’ve (traditionally) cut down trees because it’s easy and that’s the way we’ve been doing it,” said co-founder & CEO of ECOR Global, Jay Potter, speaking of commerce as a whole. His company is at the forefront of a range of positive-use cases, including using an annual grass from Amsterdam’s Schiphol Airport grounds as a building material sold back to the hub as it builds a new terminal.

Co-founder & CEO of The Hurd Co, Taylor Heisley-Cook, spoke from the apparel side — her company makes fabric from agricultural waste.

“The apparel industry is unique in that we’re constantly buying new things and the rate at which we throw away those things is pretty nauseating,” she said.

Echoing other panels this week at SB’21, she noted that buying used or secondhand is likely the best way to reduce apparel’s impact, but in some cases that’s not realistic, so using minimally impactful materials for production is a next-best practice.

Kamp Solutions founder/curator Jurriaan Kamp highlighted how Stone Paper, on which his magazine and the SB’21 program was printed, could lead a big shift in the general impact that paper production has on natural resources.

Christian is a writer, photographer, filmmaker, and outdoor junkie obsessed with the intersectionality between people and planet. He partners with brands and organizations with social and environmental impact at their core, assisting them in telling stories that change the world.