By focusing on a handful of easy target demographics, brands exclude swaths of people — the people who most need to be included in the narrative. The next time you brief your agency or write a brand plan, I hope you’ll rethink assumptions of who the sustainable consumer could be.

Sustainability advertising tends to target my demographic profile — a young, socially conscious female whose ideal Sunday plans include a $5 oat milk latte and a visit to the farmers’ market. Brands consistently see research that supports this stereotype. In a study by First Insight and the Wharton School, for example, Gen Z is the generation most likely to prioritise sustainability over a brand name. Elsewhere, Gen Z ranked the environment their number-one concern in Deloitte’s Global 2021 Millennial and Gen Z Survey.

But there’s a problem here: By narrowing the demographic focus to a handful of easy target profiles, brands exclude swaths of people — the people who most need to be included in the narrative. This may make sense (sometimes) from a commercial perspective; but it doesn’t serve the broader needs of our transition as a society.

If campaigns and communications repeatedly neglect people like you, you’ll start to think the subject isn’t for you. That is not okay. Sustainability issues affect every living being on this planet, regardless of age or gender. In addition to moral reasons for broadening our views, some of the data reveal that reality is much more nuanced.

It's a myth that younger generations are leading the way and dragging the reluctant older cohort with them. When it comes to climate action, it’s quite the opposite. A recent study by New Scientist and the Policy Institute at King’s College London found 18- to 34-year-olds in both the UK and US have, in fact, the most defeatist worldview — and are thus least likely to change their behaviours.

Join us as OneTrust's shares how brands can explore sustainability as part of a brand promise — avoiding greenwashing, and building trust through transparency — June 8 at Brand-Led Culture Change.

The same is true for other environmental behaviors — we see in our work with WRAP that boomers are best at recycling. In the UK, an Aviva study found “over-55s are more likely to recycle waste (84 percent), avoid single-use-plastic, and buy only seasonal fruit and vegetables (47 percent) than any other age group.”

These better individual behaviours might flow naturally for this group: They spend more time at home; have more disposable income; and, one hopes, have gathered more wisdom by this stage in their lives. Above all, Professor Bobby Duffy at King’s College London’s Policy Institute rightly reminds us that “parents and grandparents care deeply about the legacy they’re leaving for their children and grandchildren — not just their house or jewelry, but the state of the planet.”

Need more convincing? Don’t forget that boomers still hold the purse strings of the economy. In the US, millennials hold just 5 percent of wealth, while boomers hold a whopping 53 percent. On the other side of the pond, baby boomers in the UK have experienced the greatest increase in household wealth. Compound this with ageism in advertising and you have a recipe for a massive target group of wealthy, powerful, motivated and action-oriented citizens who are categorically ignored in the sustainability discourse.

Many surveys point to an “eco-gender gap.” But one global study found that more women than men had changed their habits to fight climate change, from recycling and buying local to buying less and reducing meat consumption. With women still running most household purchasing decisions, it’s an easy win for brands to target women with sustainability messaging.

It doesn’t help that the sustainability lexicon feels inherently feminine. “Caring” for the planet, tropes such as “Mother” Earth, and altruistic messages still lie at the heart of most communications. As a result, some men unconsciously shun environmental behaviours as it doesn’t jibe with their masculine self-image. In an experiment involving more than 2,000 US and Chinese participants, men were more likely to donate to an environmental non-profit with a more masculine logo than traditional “green” sustainability visuals (which are problematic in their own right, but that’s an article for another day).

By now, you know the drill — the more brands default to targeting women, the more men will feel excluded; and half the population will increasingly distance themselves from what should be a gender-neutral topic. The communication and aesthetics around sustainability need to reflect this inclusive vision.

And to name the elephant in the room: Men also control most of the world’s wealth and power. Only 8 percent of Fortune 500 CEOs are women, just 5 percent of FTSE 350 CEOs, the wealth of the richest 22 men equals the wealth of all women in Africa — I could go on. Though these numbers are changing (and I truly hope to see gender parity in my lifetime), we can’t ignore that in society’s current state, galvanising systemic action around sustainability needs full participation from men.

Let’s rethink who we speak to

Like it or not, you cannot deny that brands influence culture. The next time you brief your agency, write a brand plan or comb through consumer data, I hope you’re motivated to rethink assumptions of who the sustainable consumer is or could be.

Now is the time to challenge some of these tired categories and energise a more forward-looking, inclusive picture of the change-makers we all need to be. Dare to herald boomers as the sustainability heroes they are. Counter norms by showing a tattooed pick-up truck driver sporting a reusable mug. Break the stereotypes, one campaign at a time.

Radley Yeldar is a creative consultancy based in London, UK. Together we’re made up of more than 200 specialist brand and digital strategists, sustainability gurus, film-makers, developers, UX designers, creatives, reporting consultants, and employee engagement experts. 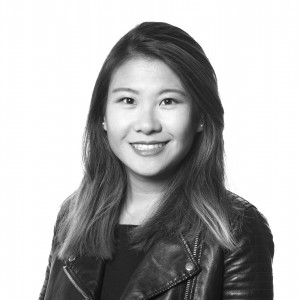