Nathan Sanfaçon
Published 4 years ago. About a 5 minute read.

As we wrap up work for the year and prepare for 2019, we reflected back on all that occurred this year within our niche realm of sustainability communications — and when looking back, it was apparent that 2018 was the year of brands taking stands. From Walmart and Dick’s Sporting Goods altering their gun sales policies to Starbucks banning plastic straws, companies across the board took stances on hot-button issues heeding to growing stakeholder demand.

One of the most notable examples from this last year came from Nike, taking a stand with controversy-stricken Colin Kaepernick, which we thought was strongly executed.

Part of the reason why this trend has caught fire is that by ‘taking a stand,’ a company demonstrates to its various audiences that its values are not mere words on a wall, but in fact are true guides for its actions. This, in turn, can result in numerous benefits for the company from an aligned culture with high retention, to increased sales from supportive customers. But — as we at thinkPARALLAX like to stress — to gain some of these long-term benefits, a company first must effectively communicate all that it is doing. It is imperative that companies amplify their meaningful impact to their key audiences.

‘Amplifying Impact,’ to us, is two-fold and has two codependent meanings. The first describes the communication efforts around sharing (amplifying) a company’s impact with its audiences. The second describes the process of a company’s initiatives and impact growing (amplifying) due to garnered support from its audiences. With that in mind, we’ve highlighted some of our favorite examples of companies amplifying impact in 2018, broken down by key audience groups:

Amplifying impact to B2B customers can be a challenge, as this audience often expects brands to take a stand as much as B2C customers do. That’s why we were impressed with SAP’s The Best Run campaign. The German software company launched its “The Best-Run Businesses Make the World Run Better” campaign early this the year, which features a minute-long advertisement and a dedicated microsite highlighting how its current “customers are tackling some of the world’s biggest challenges,” from earthquake safety to rhino conservation.

In an open letter posted on LinkedIn, Patagonia CEO Rose Marcario shared that the company will donate the $10 million it saved from the federal tax cuts to NGOs “committed to protecting air, land, and water and finding solutions to the climate crisis.” The company clearly demonstrated its values by trying to tackle a problem that affects everyone. The announcement garnered extensive positive earned media and reinforced Patagonia’s already strong brand equity.

In an interview earlier this year, Salesforce CEO Marc Benioff revealed that all new employees spend part of their first day volunteering in the local community. Benioff stressed that he wants employees to “feel good when they get here — where it doesn’t take from them, but it’s giving to them; it’s giving to others.” What better way to amplify the company’s impact to employees (especially new hires) than have them partake firsthand on day one? Volunteering from the get-go is more effective than, say, reading a pamphlet or watching a video — in turn, instilling new employees with “a very core part” of the Salesforce culture.

Due to the tremendous rise of investor concern and interest around how companies are managing the risks and opportunities associated with material ESG issues, it’s vital that they effectively amplify impact to their most important and influential audience. That said, SAP secured a second spot on our list with its exhaustive and pertinent 2017 integrated report. The report clearly communicates how the company’s business and sustainability strategies are interdependent, progress it has made on its goals and initiatives, and its future plans to address the outlined material ESG issues.

Unilever launched its Take Action campaign this year, which includes a robust microsite that houses a collection of more than 50 initiatives, nonprofits and NGOs that are focused on tackling nine key issues, from innovation to equality. The microsite aimed to grow awareness of certain issues related to that of Unilever and the UN’s SDGs, as well as connect viewers with NGOs that are working to solve the issues. Unilever, a leader in the budding purpose-driven business approach, is doing a great job by including NGOs in the conversation about working to solve key issues related to its business.

The common thread for why the aforementioned companies made it onto our list is less due to their specific sustainability initiatives, and more how well they were communicated. We see this need for effective communication of a company’s sustainability strategy and initiatives to be a significant focus area in 2019. This will especially be apparent as companies look to amplify their impact on the ever-pervasive issue of climate change. From disclosing management of risk, to investors to sharing stories of change with customers, to engaging with employees to help push the needle, companies will not only need to act but genuinely and meaningfully share their actions with audiences.

This post first appeared on the thinkPARALLAX blog on December 18, 2018. 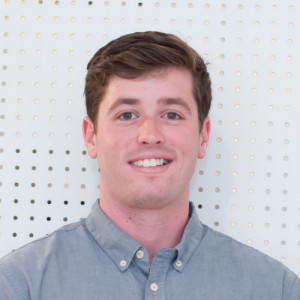 Nathan Sanfaçon is a strategist at thinkPARALLAX, a branding and communications agency focused on articulating and amplifying their clients’ environmental and social impact, and lead author of whitepaper: The Formula for Communicating ESG.