Amidst the social unrest that has flooded the US since the murder of George Floyd, four household-name food brands, whose brand identities have long centered around racial stereotypes, are updating their images and logos to reflect the changing societal consciousness.

The latest resurgence of social unrest in the US and around the world, in response to enduring systemic racism and police brutality against Black and brown people across the country, has also unleashed an unprecedented show of support from the business community. Along with myriad expressions and demonstrations of support for the Black Lives Matter movement (with varying degrees of efficacy and authenticity), several household-name US food brands, whose brand identities center around racial stereotypes, are updating their images and logos to reflect the changing societal consciousness. 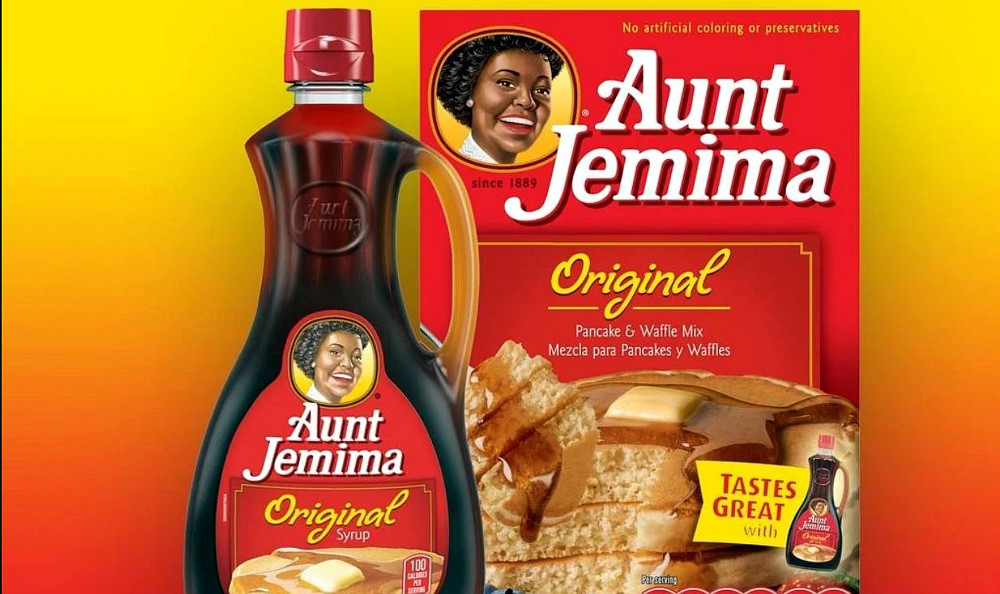 Within days of each other this week, Aunt Jemima pancake mixes and syrups — quickly followed by Uncle Ben’s wild rice, Mrs. Butterworth’s syrup and Cream of Wheat cereal —announced radical overhauls of their brand images, which all center around African American figures based on racial stereotypes.

"As we work to make progress toward racial equality through several initiatives, we also must take a hard look at our portfolio of brands, and ensure they reflect our values and meet our consumers' expectations," said Kristin Kroepfl, VP and Chief Marketing Officer at Quaker Foods North America, parent company of Aunt Jemima, said in a statement. "We recognize Aunt Jemima's origins are based on a racial stereotype. While work has been done over the years to update the brand in a manner intended to be appropriate and respectful, we realize those changes are not enough."

The Aunt Jemima brand has existed for over 130 years; over time, the company says, attempts have been made to evolve its image to represent loving moms from diverse backgrounds; but Kroepfl acknowledged that "the brand has not progressed enough to appropriately reflect the confidence, warmth and dignity that we would like it to stand for today."

The new brand identity has yet to be decided; in the meantime, the company has removed the image of the Black woman and will change the brand name. Kroepfl says Quaker (which is owned by PepsiCo), will consult stakeholders from within the company and the Black community “to further evolve the brand and make it one everyone can be proud to have in their pantry." 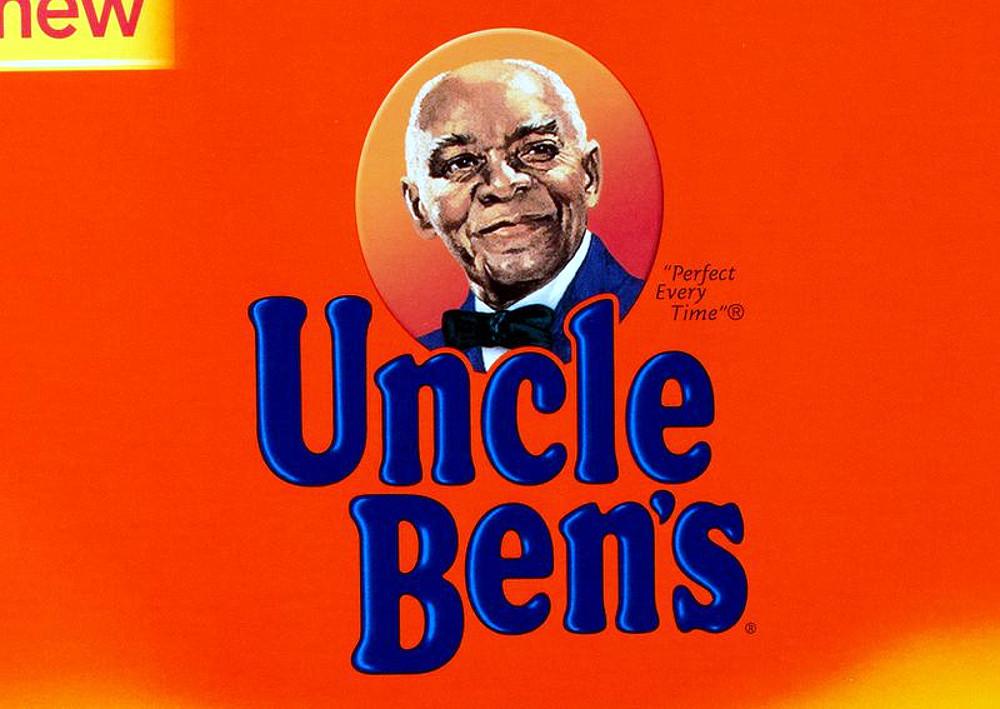 Hot on the heels of Quaker’s announcement came news of Uncle Ben’s pending rebrand: In an email to AdWeek, Sara Schulte, external communications manager for Uncle Ben’s parent company Mars Food North America, said, “We have indeed been considering a more substantive change and have begun that work even before news of Aunt Jemima.” While the company has long said that the figure of Uncle Ben is derived from two people — “a Black Texan farmer — known as Uncle Ben … [and] a beloved Chicago chef and waiter named Frank Brown” — and the company attempted to update his image in 2007 to that of “Board Chairman,” the image and even name, Uncle Ben, have remained mired in racist overtones.

Meanwhile, in a brief statement on Wednesday, ConAgra Foods announced a pending refresh of another popular yet problematically branded syrup, Mrs. Butterworth’s: “The Mrs. Butterworth's brand, including its syrup packaging, is intended to evoke the images of a loving grandmother. We stand in solidarity with our Black and Brown communities, and we can see that our packaging may be interpreted in a way that is wholly inconsistent with our values. We understand that our actions help play an important role in eliminating racial bias and as a result, we have begun a complete brand and packaging review on Mrs. Butterworth's.” 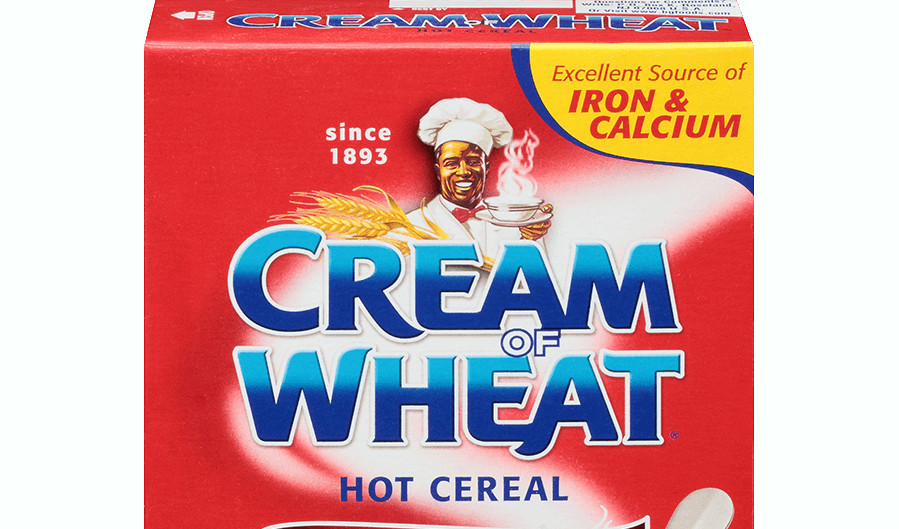 Finally, the Cream of Wheat brand has not always centered around the image of the jovial Black chef named Rastus, according to its website: Since the brand’s inception in 1893, Rastus began appearing sporadically in ads in 1914, but the brand eventually settled on the image of the smiling black cook — widely believed to be based on yet another Chicago-based chef named Frank (this time, Frank L. White), who died in 1938.

As parent company B&G Foods told CNN Business, “We understand there are concerns regarding the Chef image, and we are committed to evaluating our packaging and will proactively take steps to ensure that we and our brands do not inadvertently contribute to systemic racism."

The evolution of Aunt Jemima and the other brands follows a recent brand refresh from Land O’Lakes, which in February removed the Native American woman from its logo after nearly 100 years — not in response to racial unrest, but in order to highlight the farmers in the farmer-owned company. The pivot fits with the brand’s stated desire for the evolution of its image; and it doesn’t seem to have been the result of overt public pressure — indeed, the change flew somewhat under the radar until mid-April, when a spate of businesses, universities and sports teams began to drop finally Native American images and symbols from their logos (but teams such as the Washington Redskins continue to hold out).

There’s no word from any of the food companies that announced brand overhauls this week as to what their new branding will look like. But, for them to be seen as more than knee-jerk, cover-up moves; aimed at not appearing tone-deaf to the public's growing recognition of the need for racial equity, these brands and more will need to think long and hard — and put both money and actions where their mouths are, when it comes to authentically supporting the cause.