MARKETING AND COMMS - The political unrest seems to be good for advertising with a conscience, as this year’s Super Bowl saw the highest number of Goodvertising campaigns ever.

ORGANIZATIONAL CHANGE - Two years after it pledged to eliminate artificial additives from its menu by the end of 2016, Panera Bread has released a new campaign in celebration of meeting its goal. 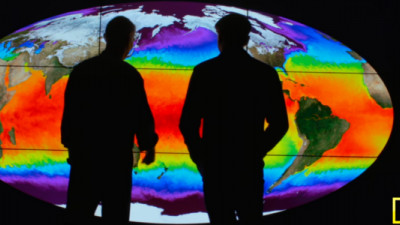 MARKETING AND COMMS - With over 8.7 million views on YouTube already, Leonardo DiCaprio’s documentary film Before the Flood is already making waves. 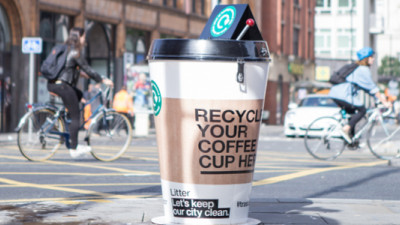 WASTE NOT - Eleven bins shaped like giant coffee cups have popped up along one of Manchester’s busiest streets, Oxford Road. They’re part of a new campaign and social experiment from environment charity Hubbub that aims to give paper cup recycling #1MoreShot. 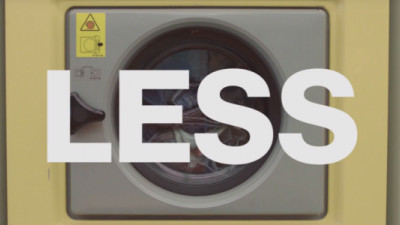 BEHAVIOR CHANGE - High street apparel brand Gap and garment aftercare expert Mr. Black have partnered on a new campaign that highlights the links between denim care and sustainability. The two brands have joined forces to educate consumers that by adopting a simple aftercare routine it’s possible to prolong the lifespan of garments while saving water and energy. 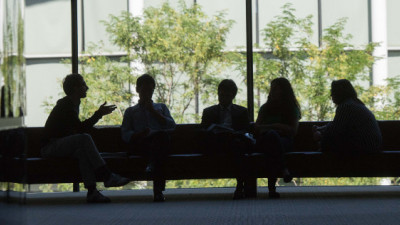 ORGANIZATIONAL CHANGE - On Black Friday of 2011, Patagonia released a now-famous New York Times advertisement with a picture of a jacket and a simple plea: “Don’t buy this jacket.” The response, ironically, was a surge in sales. Some analysts deemed the whole thing a cheap trick. But the underlying message was clear. 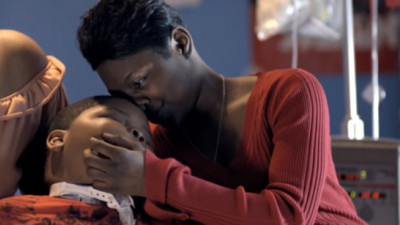 MARKETING AND COMMS - How can a brand or a company cut through the noise of our modern media landscape and truly connect with a short-attention span public about the social and environmental issues it really cares about? Documentary film might not seem the obvious solution, given that the medium demands an audience’s full attention for a good chunk of time. Increasingly though, marketers are turning to documentary storytelling to cut through all that social media noise and tap into a growing consumer demand for content that isn’t simply a throwaway video snack. 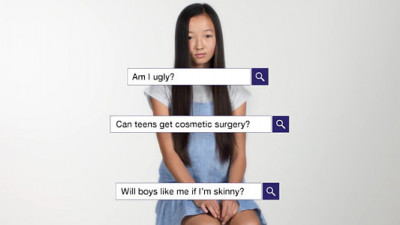 PRODUCT, SERVICE & DESIGN INNOVATION - As an industry, we’re ignorant at best or utterly demagogic, one-sided and irresponsible at worst. The majority of do-good efforts from brands are little more than a cheeky pick-up line to charm consumers into buying more. How can we continuously ignore the societal or environmental consequences of our craft? I often hear marketing execs talk about advertising as a mirror of society despite its omnipresent impact. Advertising unquestionably promotes screwed-up beauty ideals, preys on people’s insecurities and egoism, and pushes a material arms race in which people are considered backward if they don’t have the newest gadget. 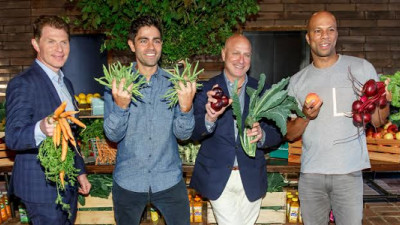 MARKETING AND COMMS - The number of Americans with limited access to fruits and vegetables has climbed to nearly 30 million. In other words, the ‘food desert’ crisis affects roughly one in every ten people in the United States. 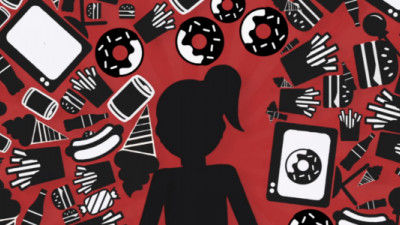 MARKETING AND COMMS - Canadian health charities are teaming up to battle the problem of childhood obesity in a way that the food and beverage industry is not going to like. More than ten organizations have joined the Stop Marketing to Kids Coalition, including some of Canada’s largest and most influential health charities, to campaign against advertising junk food to children. And to avoid the risk of unhealthy products pretending to be healthy – they’re pushing for a complete ban on all food and beverage advertising aimed at people age 16 and younger.

COLLABORATION - When (Red) was founded by Bono and Bobby Shriver back in 2006, it was born out of necessity. The Global Fund — an organization dedicated to fighting diseases such as AIDS, TB, and malaria in the developing world — had launched in 2002, with a commitment to garner private sector engagement and raise funds from governments in an effort to accelerate the end of AIDS. But the private sector was not biting, contributing only $5 million in the Global Fund’s first four years. This low level of funding threatened to jeopardize ongoing commitment levels from the public sector. 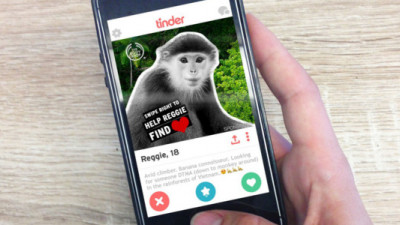 MARKETING AND COMMS - This month, Canadians may have noticed that The Body Shop has been monkeying around on the dating app Tinder. The brand has created a profile for Reggie, a Red Shanked Douc monkey from Vietnam, as part of a new ‘gorilla’ marketing initiative to promote its new Bio-Bridges program. Since it was announced in May, the program has been promoted through the ‘Help Reggie Find Love’ campaign, online and in-stores. The playful campaign is intended to raise awareness around the challenges that monkeys and other endangered species face in living safely and finding a mate. 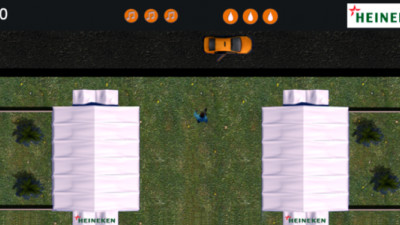 MARKETING AND COMMS - Will the power of love help Chipotle recover from its food safety woes, defecting customers and still-struggling stock price? The fast casual restaurant chain has once again produced an original animated short film in an attempt to advocate for fresh, unprocessed ingredients and ‘cultivating a better world.’ 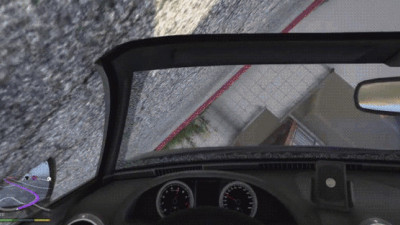 BEHAVIOR CHANGE - Alcohol giant Diageo — whose brands include Johnnie Walker, Crown Royal, Bulleit and Buchanan’s whiskies; and Smirnoff, Cîroc and Ketel One vodkas; along with Captain Morgan, Baileys, Don Julio, Tanqueray and Guinness — recently announced plans to roll out a first-of-its-kind immersive virtual reality (VR) technology that will allow consumers of legal drinking age to experience the many pitfalls associated with irresponsible drinking. 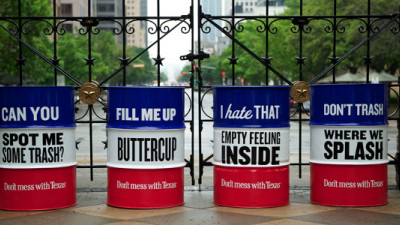 BEHAVIOR CHANGE - Behavior change charity Hubbub has launched a new global website designed to aid councils and businesses who are looking for solutions in their fight to tackle litter. Complete with statistics on impact and costs per campaign, the charity hopes the website will help reduce wasteful spending by providing guidance on best practices and inspiration. 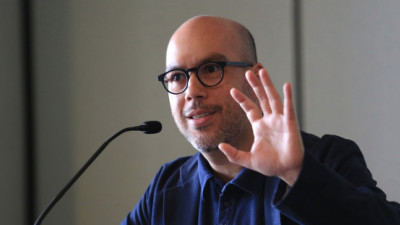 MARKETING AND COMMS - It’s no secret that the audience at any Sustainable Brands conference lives and breathes social impact. From CSR strategists to climate change experts to sustainability technicians, our careers are devoted to integrating business and social purpose to make the world a better place. Ricardo Caceres, Global Marketing Director of Sustainability at The Coca-Cola Company, knows he is preaching to the choir. When he says, “We must shift sustainability from a technical to a humanizing conversation to unlock marketing value,” heads around the room nod in agreement. He’s speaking our language – the challenge of connecting the dots between sustainability imperatives, and marketing and business goals. 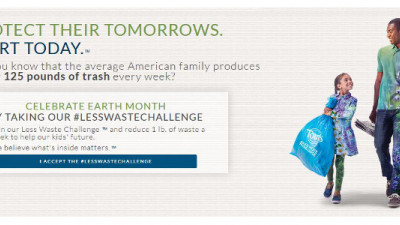 BEHAVIOR CHANGE - With hundreds of millions of individuals logging into social media accounts every day, using the medium as a platform for social change and activism is just common sense. Today, about 61 percent of consumers use social platforms to learn about sustainability issues. In this open forum-style digital environment, consumers are able to have open conversations about corporate social responsibility and other salient subjects in sustainability. 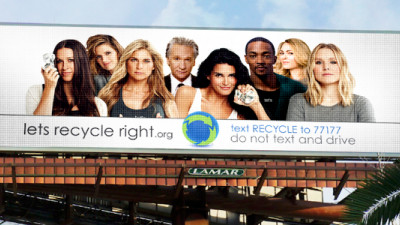