Jennifer Elks
Published 2 years ago. About a 13 minute read.

Last year, the Sustainable Brands community gathered around the world throughout the year to share insights on how they – and their customers – were “redefining the good life.” This year, the conversation has progressed from the ‘what’ to the ‘how’ of designing the sustainable future in which we all want to live.

This week, over a thousand representatives from global brands, consultancies, strategists, startups and NGOs gathered at SB’18 Buenos Aires to share their work – as well as what we still need – to make #thegoodlife a reality. An overriding theme: changing mindsets.

Day one kicked off with Mark Lee, Executive Director of SustainAbility and co-author of All In: The Future of Business Leadership (Taylor & Francis, 2018), which identifies the essential attributes of effective corporate sustainability leadership and describes how companies can combine and apply those characteristics for future success. The book draws on research involving thousands of experts globally as collected via the GlobeScan-SustainAbility Leaders Survey since its inception 20 years ago, and reveals insights from dozens of interviews with leaders of pioneering companies — including 3M, BASF, BP, DuPont, Google, GE, Huawei, IKEA, Interface, Marks & Spencer, Natura, Nestlé, Nike, Novo Nordisk, Patagonia, Shell, Tata, Toyota, Unilever and Walmart — explaining how they have gained recognition, created value and boosted resiliency based on their sustainability leadership.

Lee set the stage for updates from a number of corporate giants throughout the event, and from the strategists working to steer them in the most impactful direction. First, Camilla Haugsten, co-founder of Norwegian circular economy consultancy Ouroboros, pointed to the continued need for greater mindset change: While many organizations have set to work rethinking their business models, many changes are still at the incremental level – they must evolve to the exponential level, with flexibility and adaptability embedded into all future models to ensure success.

Carrying the circular baton was Nicola Cerantola from Spanish design firm Ecologing, who pointed to the need for a societal mindset shift, as well – if people were happier with what they have and with themselves, they’d consume and “need” much less. But in the meantime, a handful of smaller players in Europe are revolutionizing products and materials; he mentioned three in particular that are disrupting the textile industry, eliminating waste along the way: The Netherlands’ Wear2 – a game-changing garment-disassembly technology that facilitates textile recycling and reuse; and from Italy – Aquafil, creator of Econyl – a versatile yarn made from upcycled fishing nets now incorporated into numerous global product lines; and Orange Fiber, which creates sustainable luxury fabrics from citrus juice byproducts that would otherwise be wasted. Cerantola also called for a broader shift away from mass production toward local, on-demand manufacturing, and designing products to be durable and reparable.

Meanwhile, Biomimicry 3.8 helps organizations rethink their products and processes with inspiration gleaned from 3.8 billion years’ worth of nature. Managing Director Nicole Miller highlighted packaging examples from brands such as Estée Lauder, which found a solution by studying the mulberry silkworm; and Natura, which reconceived packaging for its SOU line by asking, “How does nature contain liquids?”; as well as Jacobs Engineering’s merger with CH2MH, which called for a redesign of their organizational structure — examples of mutually beneficial relationships in nature served as a model for how to combine their organizations. Miller reminded the crowd that, while everyone is inspired once they learn about the myriad possibilities when designing through a biomimetic lens, it requires a lasting mindset shift within the organizations to be successful.

Continuing the theme of mindset shifts, first up on the corporate front was Soledad Izquierdo, VP of Communications at Coca-Cola Latin America, who shared how Coca-Cola is redesigning itself — a complex challenge for a 130-year-old company. The beverage behemoth is working to reduce its environmental and societal impacts by:

Later, Erin Meezan – VP and Chief Sustainability Officer at flooring giant Interface – detailed the latest efforts from the company that has become an inspirational example of a business redesigning itself in the name of sustainability. Back in the ‘90s, when a customer famously asked founder Ray Anderson what Interface was doing for the environment, he had no answer, and it catalyzed a complete overhaul of the business. Anderson’s legacy has outlived him; when the company brought on a new CEO in 2015, Interface took the opportunity to up the ante and figure out how to address climate change in a powerful way – the result is the company’s Climate Take Back program.

Interface has open-sourced its Climate Take Back plan – and translated it into 11 languages – to foster “radical collaboration” across industries to drive and achieve these aspirations.

Another global player working to change mindsets is The Walt Disney Company. Chief Marketing Officer for Latin America Nora Tela took us on a tour of a new breed of Disney princesses, heroes and families created to help the newest generation of young people – many of whom practically live in front of a screen of some kind – discover the world around them and become the people they want to be.

Throughout the event, we heard from several inspiring organizations redesigning entrenched systems throughout South America.

First, Magda Choque Vilca — an agronomist and coordinator of CEPROCA (Center for the Promotion of Andean Crops) at the National University of Jujuy‘s School of Agrarian Sciences — brightened things up and received rousing applause with her disarming account of her work, which began with a passion for preserving the culinary biodiversity of the Andes (best known for multiple varieties of corn and potatoes) at a young age and has led to revitalizing the culture and development of the town of Tumbaya through a free community culinary program for women. Vilca, known as la reina de las papas andinas (“the queen of Andean potatoes”), pointed out that knowledge tends to be the opposite of affection – there’s no room for affection in academia, she quipped – but if you don’t love what you’re learning/studying, what’s the point? She founded the University’s School of Regional Cooking and Andean Crops, home of the Gastronomic Management, Biodiversity and Culinary Development program, which has shifted traditional perceptions that cooking is reserved for those who wouldn’t succeed in school or in more “respectable” careers and legitimized it as an aspirational career choice, while reigniting local love and knowledge of indigenous foods as a component of the “Good Life.” The program teaches students how to live, think and act systemically, all while boosting tourism and local development.

Meanwhile, Argentine design agency Gota presented the business case for a more inclusive workforce: As Director General Javier Lioy asserted, a country’s economic health is reflected in its level of employment; of the five million people with disabilities in Argentina, 75 percent are unemployed. Gota – which designed the tote bags for SB’17 Buenos Aires – has created employment opportunities, both on its own creative team and for clients such as toymaker Rasti, for people with disabilities. Lioy urged us to rethink our tasks, our teams and our organizations to place value on uniqueness.

The Conservation Land Trust (CLT) is creating new “impact economies” in Argentina and Chile through the creation and expansion of national parks, to ensure the conservation of their ecosystems and resources in perpetuity. Sofia Heinonen, a biologist for the CLT, argued that viewing national parks as “producers of nature” represents a huge opportunity for regional economies through controlled tourism (4 million of Argentina’s 6.7 million annual foreign tourists visit national parks), and greatly increases quality of life for both visitors and locals. Currently in development in the Argentine province of Corrientes is Iberá National Park, an over 340,000-acre area in which CLT has introduced biodiversity-friendly management techniques on agricultural plots within the Iberá watershed and reintroduced extinct species, such as the jaguar; and working with surrounding communities to foster sustainable development.

Speaking of boosting regional economies, Vox Capital is working to transform the financial sector in Brazil by investing in mission-driven startups that operate in the education, health and financial services sectors, with solutions that proactively contribute to the reduction of social inequalities. Executive Director Daniel Izzo co-founded Vox in 2009 to help microentrepreneurs in poor, underserved areas in Brazil; today, Vox has two funds invested in 22 companies.

The moral of the ongoing story

Back to the bigger business picture, Sistema B (B Lab)’s Pedro Tarak led a panel digging further into redesigning the future of business — with Lee, Haugsten, Meezan and Miller each sharing insights gathered throughout their journey toward sustainable business, and key takeaways for the event.

Haugsten recounted the story of her first conscious mindset shift – after the nuclear reactor meltdown in Chernobyl (which was upwind from Norway) in 1986, she vowed to devote her professional life to protecting the environment. Later, as an activist, her organization was vilified by other ENGOs as “working with the devil” when they started working with business on solutions, which showed her the need for a mindset shift within the environmental movement itself.

Miller discussed her pre-Biomimicry days in supply chain at Overstock.com, when she spent time in Asia getting to know the people and processes behind its many products. Seeing it all made her realize there had to be better ways to do it; despite Overstock’s relatively small supply chain, she compared it to an onion, with many layers and a lot they couldn’t control – she saw the need to redesign systems from the beginning, so they wouldn’t have to deal with the waste/impacts on the other end. Now, she introduces companies to biomimicry as a successful, long-term solution to a host of issues. Of utmost importance for its success as an approach is for leadership to have the patience to see and benefit from the desired change; she cited Interface’s Factory as a Forest program as a prime example of integrating biomimetic principles to fundamentally change a company.

Meezan followed up by pointing out that people aren’t motivated by frameworks – mindset shifts come first by giving them permission to think differently and create new solutions, then challenging them to do so. Then to embed it in the business, Meezan said it was critical to engage with all of the company’s stakeholders – down to the factory floor – in ways they understand and on issues they care about.

Lee pointed out that we don’t have time for every business leader to have her/her own epiphany. “Zero” goals should now be the starting point for the journey, with end goals being regenerative and constant improvement at the core. We need 100 percent participation, he stressed; everyone needs to feel that they have a stake in realizing change.

Miller closed by urging companies to share the real, messy stories behind their efforts, rather than the “official” narrative – so others can learn and not get discouraged when results are neither instant nor easy.

FROM PURPOSE TO ACTION: BUILDING A SUSTAINABLE FUTURE TOGETHER
Bridging the Missing Link in Purposeful Business: How Women Are Addressing Sustainability, Equality 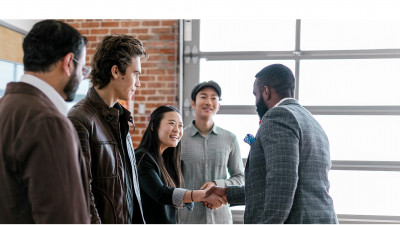 THE NEXT ECONOMY
Microsoft, LinkedIn Expand Initiative to Enable More Inclusive, Skills-Based Tech Economy in US 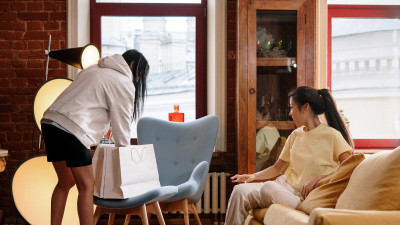