In the midst of all the unrest and uncertainty, where did we see innovation, progress and possibility in 2020? Porter Novelli analyzed a year’s worth of Purpose-driven news, activities, campaigns and announcements; and distilled our 10 need-to-know trends for today and tomorrow.

2020 was undisputedly a year like none other. Widespread wildfires in Australia were soon eclipsed by the COVID-19 pandemic — followed in quick succession by economic uncertainty, growing racial inequity and unrest, political divisiveness, and the most active hurricane season on record.

2020 was the year social issues were escalated and exacerbated under the pressure of COVID-19; and pundits drew the connection between the pandemic and climate change — ringing the bell that the next major crisis was looming. Meanwhile, the movement for racial justice grew to a nationwide cry — with calls to address longstanding, systemic racism deeply embedded in US society. 2020 unabashedly revealed how interconnected we all are — individuals, communities, businesses, government — regardless of background or beliefs, around the world.

As the COVID-19 outbreak continued, individuals and institutions alike realized there was no going back to the way things were; but rather, this could be an opportunity to act resiliently and rethink a better way forward. So, in the midst of unrest and uncertainty, where did we see innovation, progress and possibility in 2020?

To capture the top trends of 2020, Porter Novelli reviewed and analyzed a year’s worth of Purpose-driven news, activities, campaigns and announcements. Through this, we distilled our 10 need-to-know trends for today and tomorrow:

Even as the pandemic rages on, nearly two-thirds (63 percent) of us in the US expect companies to continue the progress they committed to regarding social and environmental issues. This year, we saw many companies meet massive sustainability goals — some ahead of schedule.

Kicking off the year, Bank of America announced it met its carbon-neutrality goal a year early. In September, Google announced it achieved a lifetime net-carbon footprint of zero, followed by a carbon-neutrality achievement from REI in the same month. 2020 has always been a milestone year for commitments; even in the face of crisis, companies followed through.

2020 was a year of reckoning for organizations to acknowledge their roles in perpetuating racism in the US. In fact, 76 percent of executives today acknowledge businesses’ role in systemic racism — and a further 73 percent of Americans wish more companies would acknowledge past mistakes or biases when talking about race. As companies look internally to address longstanding, operationalized inequities, there is still much work left to be done to truly advance justice.

For companies, this year reinforced that some of the world’s most pressing challenges are too big for one organization to solve alone. Taking their cue from this, we saw organizations cross competitive lines to collaborate on solutions.

At the onset of COVID-19, we saw Apple and Google join forces to create an app-based contact tracing program; while General Mills, Nestlé and Walmart CEOs all signed on for a CEO-led effort to end food waste. Finally, adidas and Allbirds opened “the doors to each other's suite of sustainable innovations,” in an effort to create a shoe with the lowest carbon footprint ever — marking the first time adidas has ever collaborated with a shoe brand outside of its own portfolio.

62 percent of US consumers think companies have the opportunity, due to the pandemic, to be more thoughtful about how they incorporate sustainability into their business models moving forward. And although many climate commitments were achieved in 2020, other companies used this year as a launch-pad for even more aggressive programs.

Going beyond carbon neutral, many companies announced aspirations to achieve a carbon-negative future — including Microsoft, which committed $1 billion for a new investment fund to achieve its carbon-negative goal in the next 10 years. UK brewer BrewDog committed to creating a carbon-negative workforce, as well — aiming to remove twice as much carbon as each employee produces on a yearly basis.

More than half (56 percent) of those surveyed won’t support a brand if they can’t see themselves represented in its marketing and communications. Ensuring diverse representation in products and services is a crucial step companies must take towards inclusivity.

Earlier this year, Tesco launched bandages in various skin tones, prompting one customer to tweet: “For the first time in my life, I know what it feels like to have a ‘band-aid’ in my own skin tone.” Band-Aid brand followed suit with a similar announcement in June. Meanwhile, Mattel announced a new line of Barbies — including dolls with no hair, disabilities and one with vitiligo to share "a multi-dimensional view of beauty and fashion."

At the inception of the pandemic, the majority (78 percent) of us in the US agreed the primary role of business was to protect its employees in times such as these. Recognizing the important role companies can play in protecting the health, safety and wellbeing of employees, we saw many organizations answer the call.

Starbucks was one of the first companies to offer catastrophe pay to employees so workers could quarantine without risking their livelihoods. Similarly, Apple began offering unlimited sick time to hourly employees — including retail workers — if they experienced COVID-19-related symptoms. And as the pandemic continues, Target is investing an additional $70 million in additional employee bonuses — as these essential workers head into the busy holiday season.

The COVID-19 crisis has disproportionately impacted small businesses in the U.S., especially those that are minority and women-owned, with research indicating more than 100,000 small businesses have permanently closed since the start of the pandemic. Yet the plight of the small business has also highlighted how interconnected the business community is — and now bigger brands are stepping up to help.

In March, Unilever announced it would provide early payment to its most vulnerable small and medium-sized suppliers in order to help with financial liquidity. Meanwhile, Visa aimed to help business recover post-COVID with a commitment to support 50 million small businesses worldwide — including a special initiative to help Black women entrepreneurs secure funding.

As one of the most consumer-facing aspects of a company’s sustainability strategy, packaging has become a priority for many brands this year. Considering containers and packaging make up 82.2 million tons of municipal solid waste a year, these efforts could make a significant impact.

As the 2020 presidential election drew near, the emphasis around encouraging the US public to exercise its right to vote became critical. Companies of all sizes participated in these efforts, driving individuals to registration sites and to the polls. This ultimately contributed to historic voter turnout.

For example, Old Navy encouraged its employees to take part in the voting process by paying employees who volunteered as poll workers; while Foot Locker stimulated broader voter participation by turning stores into voter registration hubs. For their part, MTV, BET and Comedy Central contributed $250,000 to pay off fines and fees preventing formerly incarcerated people from voting.

10. From performative to impactful

As the Black Lives Matter rallying cry hit new heights following the murder of George Floyd, many companies quickly issued statements of support to Black communities. However, the public urged this was not enough — and 82 percent of US consumers said these communications must be followed by decisive steps.

Spice brand Penzey’s went beyond its open support of protests against racial injustice by “looting its own store” — giving away its entire Kenosha, WI store inventory to community-based organizations suggested by Penzey’s fans. Ben & Jerry’s* followed up its statement to “Dismantle White Supremacy” with a podcast to educate US listeners on the “country’s lesser-known history of racial injustice, and show how legally enforced discrimination and state-sanctioned brutality continued long after slavery ended.”

Although 2020 may be a year many of us would like to solidly put in the past, it’s critical we don’t forget the lessons we have learned from this time. And in fact, the inequities surfaced in 2020 will only continue to be center stage as we move into the new year — and the mandate from the US public will not fade away. Indeed, 71 percent of consumers believe the pandemic will force companies to act more responsibly in the long term; and a further six-in-10 (62 percent) think companies have the opportunity, due to the pandemic, to be more thoughtful about how they incorporate sustainability into their business models moving forward. It is up for Purpose-driven companies to continue to push for widespread change, so we can emerge from this time better and brighter.

To learn more about the Top 10 Trends in Purpose, tune into our Sustainable Brands webinar on Tuesday, December 15. 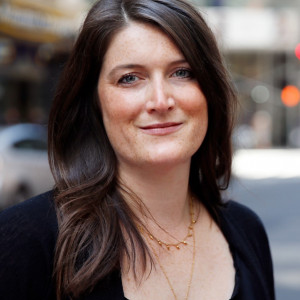 With nearly 15 years of experience in the purpose/ESG/impact space, Whitney Dailey is a leading practitioner at the intersection of purpose and communications. At Allison+Partners, Whitney serves as Executive Vice President of Purpose and leads the agency’s newly formed Purpose Center of Excellence – a dedicated team specializing in Purpose brand strategy and ESG leadership, backed by A+P’s global network of more than 500+ creatives and storytellers. In this role, Whitney helps clients establish, communicate and measure ESG goals and strategies, as well as build breakthrough social impact programs and thoughtful, strategic Purpose programs and initiatives from the ground up.